Bringing the magical back into business

Too much reason in the workplace can stifle creativity, an advertising guru says 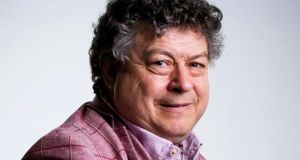 Assuming people behave rationally is fraught with danger. If they did, then why would they pay more for perfumed soap when cheaper unscented soap does the job just as well, or buy a designer vacuum cleaner when one half the price is as effective, or pay a premium for food that trumpets its provenance on the label?

These and questions like them are a source of endless fascination for advertising industry veteran Rory Sutherland, who has spent a lifetime trying to answer them. Thirty years on and he’s convinced it pays to look beyond the obvious when it comes to fathoming the consumer psyche.

Sutherland, who is vice-chairman of the UK arm of global advertising and marketing agency Ogilvy, loves deconstructing consumer behaviour – no bad thing for a man whose career has been spent persuading people to buy things, do things and go places. This led him to set up a behavioural science practice within Ogilvy and its role is to dig deep into how small contextual changes can have a big impact on people’s decision-making.

Sutherland believes that “illogic is at times uniquely powerful” and that “the models that dominate all human decision-making today are duly heavy on simplistic logic and light on magic – a spreadsheet leaves no room for miracles.” He’s not dissing logic but he is sounding a warning note. In his view logic is getting above itself as the go-to tool for evaluating every business decision and when it is combined with its close relations, proving and measuring, it is in danger of squeezing the life out of the sometimes crazy ideas that spark innovation.

Sutherland thinks failure, occasional silliness and counter-intuition are as germane to success as logic and reason and he says that some of the most notable entrepreneurs of their generations, such as Apple’s Steve Jobs and Tesla’s Elon Musk, come across as “certifiably bonkers”.

He further maintains that if logic, science and reason are the only guiding principles in corporate thinking then we run the risk of missing the point, because if there is one thing human being are not it’s consistently rational. “The need to appear scientific in our methodology may prevent us from considering other, less logical and more magical solutions, which can be cheap, fast-acting and effective,” he says.

Sutherland is a bit of a legend in TED talk land where his witty and left-field thinking on topics such as the lost genius of irrationality have been watched more than seven million times. His book Alchemy: the Surprising Power of Ideas that Don’t Make Sense is equally quirky but also entertainingly peppered with anecdotes about why certain business decisions were successful, why certain ad campaigns worked really well or certain products, such as Red Bull, which failed dismally in consumer testing, went on to become stratospherically successful.

Sutherland also considers why the way in which something is presented can make all the difference to its success or failure. And, in the light of the ongoing debate here about why there are so few women in senior management roles or girls studying Stem subjects, his example of how a Californian science and engineering college “repackaged” computer science to attract young women is illuminating.

In 2006 only 10 per cent of Harvey Mudd’s computer science students were female. Then computer scientist and mathematician Maria Klawe became its president and went on a mission to improve the numbers. To this end she “rebranded” the computer science course renaming the “Introduction to programming in Java” as “Creative approaches to problem-solving in science and engineering” and female interest in the course spiked.

A number of other initiatives were introduced simultaneously to support and encourage the students to stick with IT and after four years the college had quadrupled its cohort of female computer science undergraduates.

“Notice there were no quotas involved – everything was voluntary, and no one found their freedom to choose impaired. It is simply good marketing applied to a problem,” says Sutherland, who also delves into why people behave as they do. In a nutshell, he says it’s largely down to the fact that they are driven by two reasons, the ostensibly logical or plausible one and the real reason, which is often hidden beneath the surface.

To illustrate the point, he asks why are men more likely to order a beer than a cocktail in a bar. Answer? Because they don’t know what kind of a glass the cocktail will be served in and they’re terrified it might come in a very un-macho hollowed-out pineapple. This same sort of mental process stops people changing bank or switching utilities provider because “A 1 per cent chance of a nightmarish experience dwarfs a 99 per cent chance of a 5 per cent gain,” Sutherland says.

Sutherland likes to stir things up and he maintains that we can all improve our thinking if we abandon artificial certainty and learn to think “ambiguously about the peculiarities of human psychology”. However, he acknowledges that this might be easier said than done as “large organisations are not set up to reward creative thinking”.

Companies by their nature are conservative and basing decisions on logic is its natural bedfellow. But Sutherland believes it may produce surprisingly positive results if managers occasionally gave their people the freedom to throw logic to the wind and let their imaginations run riot.

4 Big problems lie ahead when Covid supports are wound down