Turnover at Opel Ireland falls by over €20m 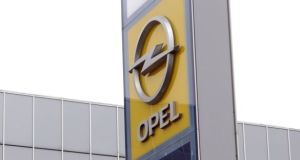 The accounts show turnover for 2018 is broken down between €72.36 million in vehicle sales and €8.43 million in parts and accessories.

Turnover at Opel Ireland fell by over €20 million last year to €80.8 million, its final year as a wholly-owned subsidiary of the German car brand.

In what the directors described as “a challenging year”, the company said it lost the support of three prominent dealers. The directors’ report states this “impacted volume and share for the year” which fell to 3.83 per cent of the total new vehicle market, down from 4.82 per cent.

The loss of the dealers was also blamed for the fall in aftersales revenues. In the new passenger car market, 2018 also saw Opel slip out of the top 10 best-selling car brands for the first time in over a decade.

The accounts show turnover for 2018 is broken down between €72.36 million in vehicle sales and €8.43 million in parts and accessories.

Despite the drop in turnover the company still reported an operating profit of €954,000, down €44,000 on the previous year.

Opel’s Irish operations have since been taken over by the Gowan Group. The family-owned company already has the distribution rights for Peugeot and Honda vehicles in the Republic and added the Opel franchise from October 1st.

The new operators are moving staff from the current Sandyford office to a shared facility with Peugeot on the Naas Road. Kia Ireland’s former manager director James Brooks is due to take over as managing director of Opel’s Irish operations from the start of next month.