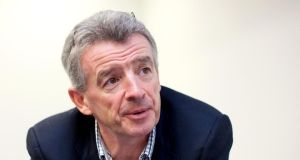 Ryanair’s transatlantic plans are still on, it just won’t be Ryanair that will be flying between Europe and the US should they actually take off, it will be a different company, albeit one related in some way to the airline.

Confusion reigned earlier this week when the Ryanair board contradicted earlier statements from the airline that it had approved its proposals for a transatlantic service, along with other growth plans.

The reason being that it cannot approve them in the first place, as, should the service happen, it will be operated by a different company with a different brand set up specifically for the purpose.

Ryanair’s board cannot approve something that another company is going to do.

That entity will have its own directors whose job it will be to make those decisions.

The board’s statement, released on Thursday, was a direct response to press coverage that implied that Ryanair would be operating the proposed transatlantic services itself.

To be fair, both the airline’s spokespeople and its chief executive Michael O’Leary have always made it clear that the transatlantic service would be operated by a company other than Ryanair.

O’Leary repeated the point at a press conference last month where the issue was raised.

Just how the transatlantic company and Ryanair would be connected remains to be seen.

It makes sense that the existing airline would be protected from the risks involved in the new venture, but it, or its shareholders, might also want to benefit in some way should it be successful.

Amid this week’s confusion, one thing was clear, the company’s enthusiasm for the project remains.