Long-running row over definition of calendar year behind Ryanair cancellations 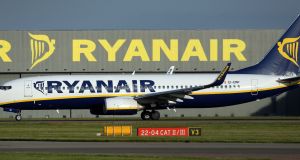 Last year’s settlement of a long-standing dispute between Ryanair and the Irish Aviation Authority over the definition of the phrase “Calendar Year” is one astounding reason for some of the mayhem which Ryanair unleashed on the travelling public .

Officially Ryanair cited punctuality problems for an unprecedented rolling programme of flight cancellations. At least a quarter of million passengers, and possibly as many as 378,000 people may be unexpectedly grounded as a result. Some cancellations are expected to be announced just hours beforehand giving passengers little warning.

In reality, the airline is critically short of pilots and has been for some time, despite a constant roll-out of new routes and bases throughout Europe.

A measure of its manpower difficulties could be gleaned from a recent desperate appeal to pilots to cancel their holidays and resume working in a bid to protect “the integrity of the operation.”

The unusual appeal was issued in a fax to pilots last Wednesday by Michael Hickey, Ryanair’s Chief Operations Officer. He wrote of “an imposed transition on our normal leave years” which has created “short term challenges”.

He was in fact referring to an agreement which the airline reached with the Irish Aviation Authority and the European Air Safety Agency as early as mid-2016 whereby Ryanair finally agreed to fall in line with long established European safety standards whereby the airline pilot operational year starts on January 1st and ends on December 31st. Hitherto Ryanair insisted its operational year commenced on April 1st.

The timing of the operational year is dictated by rules governing flight time limitations whereby pilots are restricted by the numbers of hours they may fly in a week, a month and a year. As part of a regime designed to prevent fatigue, a major cause of plane crashes, pilots may spend no more than 100 hours on the flight-deck in any 28 day period, no more than 900 hours flying in a calendar year and no more than 1,000 hours in any 12 month period. Pilots have for some time alleged that Ryanair’s choice of dates enabled it to tweak upwards the hours flown by some of its pilots, especially new recruits.

Reliable aviation sources revealed that Ryanair had resisted making this change to its operational calendar until the Irish aviation regulator, the Irish Aviation Authority (IAA), last year “drew a line in the sand” and threatened unspecified sanctions unless it complied by a specified date. Sources also indicated that the IAA was taken by surprise at the scale of yesterday’s announcements of cancellations.

As part of Ryanair’s agreement to adopt a January-December operational year, all pilots transferring to the new calendar regime must receive an additional month’s leave.

According to Mr Hickey’s memo of last Wednesday, the transition period commenced last April. However it is now evident that little leeway had been built into the airline’s forecast of pilot requirements and the impact of French air traffic control strikes, poor weather and other operational issues meant many pilots reached their flight time limitations sooner than predicted.

Additionally, pilots on standby reserve, who could have been expected to take up some of this weekend’s slack, has also unexpectedly exceeded their flight time limitations after being called up in greater numbers than forecast to take the places of colleagues who had prematurely flown their allocated hours.

Ryanair has benefited significantly from anachronisms it found in the system of regulating pilot hours, a pilot source said. “They should have planned better for this because they knew for some time it was coming,” he added.

Mr Hickey’s memo, a copy of which has been seen by The Irish Times, added: “The continued poor weather across Europe, combined with ATC [air traffic control] delays which you have all experienced, compounded by this week’s French ATC strikes (which will be extended and escalated into next week) has meant a tight situation has become one that is negatively impacting our operation. The crewing forecast to the end of December is for tighter pilot numbers as the impact of pilot months off together with the beginning of RST 4, decreases pilot availability significantly month on month.”

He also warned that pilots still on duty might have some of their forthcoming rest days curtailed.

However his memo gave no warning of the dramatic programme of cancellations which was introduced on hours after it was sent.

* Gerry Byrne is an aviation, business and science journalist