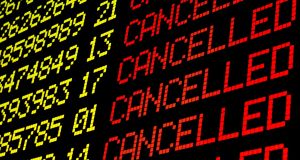 Globally airlines pay out an estimated €50bn in compensation every year. Photograph: iStock

Irish-based One Sky Claims Solutions (OSS), which advises airlines on handling passenger compensation, is joining forces with an Australian player in the same market.

Governed by EU Regulation 261 and the Montreal Convention, globally airlines pay out an estimated €50 billion in compensation every year, while administration costs up to €500 million, according to Mr Callaghan.

OSS said on Monday that it has agreed a partnership with Australian company Flight Disruptions Pty, which helps airlines tackle problems that arise as a result of cancellations and other difficulties, such as finding hotel rooms for delayed passengers.

Mr Callaghan said the move would allow OSS to offer a full range of services to airlines, from managing the impact of disruptions to compensating passengers when they make claims.

“At a time when airlines are being heavily impacted by Covid-19, these cost-saving measures are absolutely crucial,” said Mr Callaghan.

Greg Shaw, managing director of Flight Disruptions, pointed out that the company worked with airlines during disruptions to cut the eventual cost of compensation payments.

“Being able to also offer our customers the OSS solution for EU261 claims and Montreal Convention passenger and baggage-related claims will further assist them in reducing disruption costs.”

The alliance will bring to around 45 the number of carriers with which OSS can potentially do business.

OSS operates in the European market while Flight Disruptions focuses primarily on Australia and Asia, although it recently opened an office in the Middle East.

The Irish company has member law firms around Europe which advise airlines on compensation claims, some of which are now taken on passengers’ behalf by businesses.

Mr Callaghan noted that each of the 27 EU states interprets Regulation 261 differently, so airlines need specific advice for each jurisdiction.

OSS also operates a database that allows airlines to establish the problems that are most costly, helping them to avoid these problems in the future.

While mass cancellations following initial Covid-19 lockdowns across Europe in March sparked millions of claims, the volume has since slowed as there are fewer flights and thus less disruption, said Mr Callaghan.

However, he argued that as carriers had to lay off staff in the face of sharply reduced business, this should provide an opening for his business.

“The beauty of this product is that it is outsourced – it means you can avoid having to hire back a bunch of people.”

Politicians and consumer groups sharply criticised airlines across Europe for their handling of compensation payments. Many carriers offered vouchers as they sought to conserve cash during a period when revenues dried up.

Mr Callaghan has worked in the airline industry for more than 20 years, first as general counsel for Ryanair and then in the same role with Gulf carrier Etihad. OSS is an Irish company with offices in the Netherlands and Italy.

Mr Shaw began his aviation career in 1996. He worked in operations and logistics and served as a senior executive with Etihad.