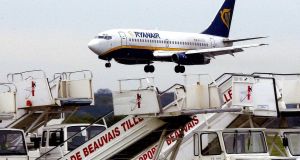 Ryanair’s legal challenge to Government guidelines on avoiding unnecessary travel and requiring anyone arriving here from countries not on a now-very-limited green list to quarantine for 14 days failed because they are not laws, they are simply “advice”.

However, Mr Justice Garrett Simons in the High Court ruled that the “advice to avoid non-essential travel and to restrict movements on entry to the State is just that: advice”. In theory we can all head off to non-green list countries, sit in the sun and drink cheap beer, and then blithely ignore the quarantine request on return, without fear of sanction – at least in Ireland.

Nevertheless, most Irish people are following the Government advice, some because they mistakenly believe that it is, in fact, a regulation of sorts. The same thing applies to a lot of businesses that are either closed or trading in a very limited way to comply with various guidelines.

In one way the ruling highlights the confused mish-mash of advice, guidelines and laws that the Government has imposed here. For instance, the requirement to fill out a passenger locator form on arrival here is a legal one, but Mr Justice Simons pointed that it was not meant to enforce the green list travel advice, as it applied to all passengers.

There are signs that this confusion could end. Recent EU moves toward a standardised system of safeguards, tied to a region’s risk of infection, could overtake the Government’s advice. This is due to take effect from the middle of this month, and the Republic has – so far at least – committed to taking part.

Ryanair this week met Minister for Transport Eamon Ryan and asked that the State adopt the system. In the meantime, you could argue that the airline has done the rest of us a service by getting the High Court to confirm that advice is simply that, and not legally binding.