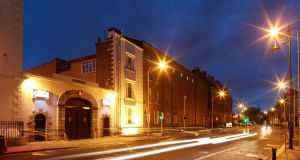 Guinness owner Diageo is in the process of a €16 million investment in the Guinness Storehouse.

The centrepiece will be a new state-of-the-art Johnnie Walker “immersive visitor experience” based in Edinburgh, bringing to life the story of the whisky.

The company also plans to upgrade its existing network of 12 distillery visitor centres to create a new generation of Scotch attractions.

Four distilleries — Glenkinchie, Cardhu, Caol Ila and Clynelish — will be linked directly to the Johnnie Walker venue in Edinburgh, representing the “four corners of Scotland”.

Together, this will create a unique Johnnie Walker tour of Scotland, encouraging visitors to the capital city to also travel to the country’s extraordinary rural communities.

Although not on the same scale as Scotch, Diageo is investing significantly in Irish premium whiskey brand Roe & Co. A new distillery due to begin operating next year will follow an investment of €25 million as Diageo develops a new distillery on part of its St James Gate complex.

Ivan Menezes, chief executive of Diageo, said: “Scotch is at the heart of Diageo and this new investment reinforces our ongoing commitment to growing our Scotch whisky brands and supporting Scotland’s tourism industry.

“For decades to come our distilleries will play a big role in attracting more international visitors to Scotland.”

The announcement comes as tourism in Scotland is experiencing record growth, with the global appeal of Scotch whisky playing a leading role in attracting visitors.

The Scottish Government and its agencies Scottish Enterprise and VisitScotland have also launched the Scotland is Now campaign to sell the country to the world as a business and tourism destination.

Diageo now plans a tie-up with Scottish Enterprise and VisitScotland to promote Scotch and Scotland to potential visitors around the world.

Scotland’s first minister Nicola Sturgeon said: “This significant investment will not only help attract more tourists to Scotland, offering world-class visitor experiences, but it also underlines the fundamental importance of the whisky sector to Scotland’s economy.

“Last week, I launched Scotland is Now, a new campaign that will put Scotland in the international spotlight and showcase the country’s world-leading assets, such as whisky, to a global audience.

“Today’s announcement highlights to the world that Scotland is a leading destination for tourists and business investors.”

Scottish secretary David Mundell said: “Whisky is hugely important to Scotland’s economy, it is not just our biggest export but an iconic product which draws visitors here from around the world.

“The UK Government is wholehearted in its support for the industry — we froze duty rates again at the last Budget and are determined to open up new markets around the world as we leave the EU.”

Separately, Diageo is in the process of extending its Guinness Storehouse in Dublin to double the size of its Gravity Bar as part of a €16 million expansion.

In addition to the expanded Gravity Bar, the Guinness Storehouse Hub, will also have a new facilities building, directly adjacent to the storehouse building, included in the plans.

The three storey building will provide additional space for the Guinness archives, retail storage and an employee hub.

Guinness is hoping to add an extra 250 staff to the Storehouse once the project has been completed. – PA

1 US threatens retaliation against EU over proposed carbon tax
2 Money matters: ‘My father embarrassed us with his haggling’
3 Pilita Clark: When a rude boss keeps you waiting, why not walk out?
4 Comcast acquires Irish cloud-based telco Blueface
5 Airbus poised for deal with regulators to settle corruption probes
6 How to . . . move (almost) everything to your new phone
7 High costs and low returns will fuel nursing home shortage - CBRE
8 Don’t buy online DNA ancestry tests. You are the real product
9 Who are Ireland’s 17 billionaires?
10 Help, I’ve no PRSI stamps – can I still get a pension?
Real news has value SUBSCRIBE