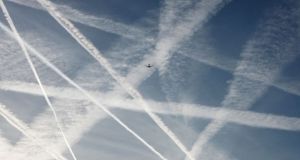 At the end of June, Avolon owned or managed 547 aircraft, and had ordered a further 277 from manufacturers.

Irish aviation lessor Avolon recorded a $162 million (€137.5 million) loss in the second quarter as revenues declined year-on-year from $678 million to $619 million due to the Covid-19 crisis.

The company, which had reported a $185 million profit for the same three months in 2019, ended the quarter with $5.1 billion of available liquidity.

It said profit before impairment and accelerated amortisation totalled $152 million.

“The second quarter was undoubtedly a challenging period for the aviation sector, and our results clearly show the impact of this crisis. The lockdown of the global economy caused severe disruption to the demand for air travel and uncertainty remains around the pace and timing of a recovery,” said chief executive Dómhnal Slattery.

He said the company had taken “decisive action” since the start of the year to boost capital, through measures that include buying back $639 million of unsecured bonds at a discount and removing $7.9 billion of near-term commitments.

Avolon announced earlier this month it had cancelled orders for a further 27 Boeing aircraft in the three months to June 30th, having already cancelled 75 Max aircraft in the first quarter. During the second quarter, seven of 12 Avolon airline customers that had deferred rents fully repaid the Irish company.

At the end of June, Avolon owned or managed 547 aircraft, and had ordered a further 277 from manufacturers. It had 145 airline customers in 62 countries.

“While at an early stage, we have seen traffic trends in certain markets that suggest that the structure and quality of our portfolio leaves us well positioned to take advantage of the recovery when it does take hold,” said Mr Slattery.