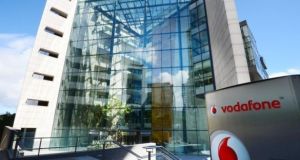 Mobile users in rural areas who are currently unable to access 4G coverage should be able to do so shortly following the launch of new technology by Vodafone Ireland.

The mobile operator has switched on its first Open Radio Access Network (Open RAN) locally in partnership with US company Parallel Wireless in a move that allows it to roll out new 4G services to around 45,000 customers in hard-to-reach areas.

Vodafone is seeking to break the stranglehold of large telecoms equipment makers like Huawei, Ericsson and Nokia, by going live with an “Open RAN” system that allows it to incorporate radio access equipment and software from new suppliers, thereby circumventing the main providers.

While traditional mobile networks rely on hardware and software that is typically tightly integrated and from just one provider, Open Ran systems allow operators to easily deploy kit from smaller companies. The move should not only help bring an end to so-called “vendor lock-in”, but is expected to lead to greater innovation and make it cheaper to roll-out services in hard-to-reach rural areas.

Vodafone’s new network is currently trialling the system in north Kildare with plans to extend this to the northwest region to deliver 4G technology to 30 locations that previously did not have coverage.

The trial comes just months after Vodafone announced plans to use emerging Open RAN technology for at least 2,600 sites in Britain. This is largely to replace Huawei-developed kit in compliance with a Government mandate to phase out the Chinese company from 5G networks.

With all the key mobile operators here having launched 5G services in Ireland, the focus is now very much on that technology. However, trialling Open Ran via 4G makes sense as it allows operators to perform tests and launch new technology more easily as it carries less data and supports fewer simultaneous handset connections than 5G networks.

Moreover, Didiere Clavero, Vodafone Ireland’s chief technology officer said that over 99 per cent of customers in the Republic are still using 4G currently. He said delivering Open Ran sites “is a pivotal moment in the provision of mobile coverage to rural communities in Ireland”.

The approach “reduces costs, increases flexibility and enables new suppliers to support the expansion of the operator’s mobile network in hard to reach areas”, he added.

Vodafone is a long-term supporter of Open RAN and has been part of the project’s working group helping to define its standards. Other companies to have embraced Open RAN include Dish Network in the US and Rakuten in Japan.

He said Open Ran would be of huge benefit, not just to operators, but most importantly to customers who would benefit from increased innovation.