Venture capital funding for Irish firms up 41% despite Covid crisis 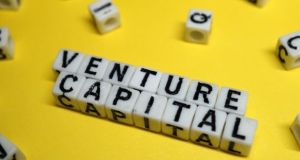 Life sciences accounted for more than a third of total funding, at €282 million for the year to the end of September

Venture capital funding into Irish companies for the first nine months of the year is just €34 million below the total raised for the whole of 2019, new figures show.

Data published on Tuesday show VC funding jumped 41 per cent to €193 million in the third quarter despite the Covid-19 crisis.

This follows a record second quarter, when funding jumped 58 per cent to €363.8 million, and means total funding for the first nine months of 2020 stands at €785.7 million. This compares with the €820 million invested in Irish companies in 2019.

Despite the pandemic, investment levels have been high, with deals so far this year already surpassing the €740 million raised in 2018.

Growth in the third quarter was largely driven by a fivefold increase in deals in the €5 million-€10 million range. Overall, deals in this range increased from two to 11, compared with last year, with the combined value rising to €72 million from €13.3 million.

The Irish Venture Capital Association (IVCA), which compiled the figures, noted that 90 per cent of the deals recorded were for tech firms which, while facing Covid challenges, are less affected by it than companies in other sectors.

The association also cautioned that the figures did not reflect the difficulties experienced by early-stage companies seeking funding.

Deals in the €1 million-€5 million range fell 20 per cent to €40.6 million compared with the same quarter last year. In addition, IVCA director general Sarah-Jane Larkin said seed funding did not increase in line with the market in general.

Seed funding rose just 9 per cent in the three months under review to €18.9 million, compared with a 41 per cent increase overall.

In other indicators of the pressure on start-ups, Ms Larkin said deals of less than €1 million were down 7 per cent in the third quarter to €11 million, and are 15 per cent lower for the first nine months of the year to €32.3 million.

Life sciences accounted for more than a third of total funding, at €282 million for the year to the end of September, followed by software at €192 million, and fintech at €115 million.