Fenergo denies reports it has given up on $2bn listing 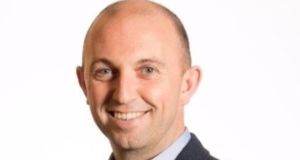 Irish fintech Fenergo has denied reports that it has called time on a potential $2 billion (€1.7 billion) initial public offering (IPO) in favour of a private sale.

The Dublin-based company, which closed an $80 million investment round earlier this year with backers including Dutch bank ABN Amro, said it continues to explore going public, something it has long aspired to do.

The fintech dismissed a recent news story published by the US financial news publication Barron’s indicating it had gone cold on the idea of a listing.

Barron’s reported that Insight Partners, which took a 65 per cent stake in Fenergo in a $75 million deal five years ago, is looking to exit its shareholding. The Barron’s report said that Fenergo is seeking to raise $2 billion but that some bankers believed this was too high a price.

Fenergo hired bankers UBS to advise on options, including an IPO, according to Bloomberg. The move came after nCino, another financial software company backed by Insight, almost tripled on its market debut in July.

“Fenergo has repeatedly communicated its desire to become a public listed company. We are exploring all our options right now about how best this can be achieved,” he added.

Founded over a decade ago, Fenergo develops solutions for financial institutions that helps them with issues such as regulatory compliance and managing client data. Its customers include BBVA, RBS, Bank of China, UBS and State Street.

In recent years it has also expanded into new sectors such as asset and wealth management and, in doing so, has added customers such as Royal Bank of Canada and Mizuho.

Chief executive Marc Murphy told The Irish Times earlier this year the company is on target to surpass $105 million in revenues during this financial year and is optimistic it can grow sales to $250 million by 2023.

Fenergo employs about 850 people across 14 offices globally with 400 in Dublin.

The company, which is valued at $800 million having raised over $160 million to date, was spun out of Irish tech veteran John Purdy’s Ergo Group in 2009.