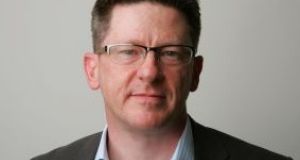 Draper Esprit, the Dublin and London-listed venture capital firm that is focused on high growth technology firms, generated more than £40 million (€44.7 million) from investments last year, most of which has already been ploughed back into its portfolio.

Releasing its maiden results since taking a stock market listing last year, Draper Esprit said its gross primary portfolio value has increased by 43 per cent since it floated last June.

During the year, Draper Esprit made four significant disposals in a move that generated £42 million in cash. Of this, more than half came from the sale of Irish tech firm Movidius to Intel.

The sale of the Dublin-based chip design company in a deal that was worth close to $400 million, generated £27.4 million for Draper.

The $13 million sale of another tech firm, Datahug, to US software firm CallidusCloud last November yielded a £3.6 million gain.

Other major disposals last year included the selling of the firm’s stakes in ENEA and Horizon Discovery. Draper Esprit was also involved in the sale of Polatis to Huber+Suhner and of GreenPeak Technologies to Qorvo.

Draper Esprit, whose Irish business is headed up by serial entrepreneur Brian Caulfield, last month raised £100 million in a share sale as it seeks to tap into opportunities presented by Brexit.

The company previously raised about €100 million in its initial public offering before listing on the junior Irish and London stock exchanges last year. The Irish State Investment Fund has a 21 per cent stake in the firm.

Mr Caulfield, a former partner with Trinity Venture Capital, is a member of the board of The Irish Times.

“If we continue to grow our co-investment funds and make further realisations for reinvestment over the five years of a typical LP fund, we will have the equivalent of £800 million to deploy, making us a strong partner in Europe,” he said.

“Our goal is to achieve at least 20 per cent growth year-on-year in portfolio value in line with our historical record, while retaining the ability to hold and grow our companies for longer than our non-listed competitors can and with larger sums available for later rounds to maximise the opportunity and build large successful European technology businesses,” he added.

Draper said that since its successful fundraising eight weeks ago its portfolio companies have raised a combined total of £54 million of additional capital, of which funds managed by the group contributed a total of £25 million.

The company is the exclusive Western European member of the Silicon Valley-based Draper Global Network, whose portfolio companies including Baidu, Skype, SpaceX and Tesla.