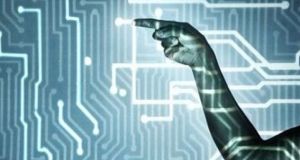 Irish IT services company Version 1 paid out a €16.5 million dividend last year as it reported another strong financial performance.

The dividend was paid to the company’s immediate parent, Guernsey-based Tomas Limited. Version 1 said the money was effectively repayment of most its of €16.8 million in borrowings from Tomas.

Founded in 1996 by Justin Keatinge and John Mullen, Version 1 implements IT systems for large corporates and government departments and also provides consultancy services. It has a 1,400-strong workforce with offices in Dublin, Belfast, Cork, Edinburgh, Manchester and London. Partners include Microsoft, Amazon and Oracle.

Chief executive Tom O’Connor said while he was happy with the company’s financial performance last year he was even more content with customer feedback it received.

“This year, we’ve put in a strong performance again and actually the second quarter was our highest sales period ever as, apart from a brief period of uncertainty when things went quiet at the start of Covid, the move by companies to digital transformation accelerated,” said Mr O’Connor.

“We’re cautiously optimistic in terms of 2021 as we expect that move towards digital transformation to continue,” he added.

Much of the company’s recent growth has been on the back of acquisitions, including Rocela Group, Patech, Cedar Consulting and Beoley Mill Software. Earlier this year it announced a deal to buy Singlepoint for an undisclosed sum, in what was its eleventh acquisition to date.

Mr O’Connor said the company was still keeping an eye out for other potential targets with a plan to make at least one acquisition each year.