How to ditch your phone and embrace the SIMple life 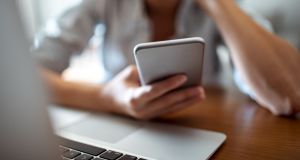 When you buy a mobile phone as part of your contract with your mobile operator, it will typically be locked to that network until your contract is up.

We’ve all been seduced by the promise of a “free” or discounted mobile phone. Sign up for a 12 month or two year contract and that expensive smartphone seems more affordable.

But it’s not quite as straightforward as that. When you buy a mobile phone as part of your contract with your mobile operator, it will typically be locked to that network until your contract is up. If you do the maths, that contract will last long enough for the mobile company to recover the cost of providing the phone. Same with the upgrades, which will lock you into a contract again.

Suddenly your “free” upgrade doesn’t seem quite as much of a good deal, particularly if you find a phone plan that offers better value in the meantime.

And if your minimum term is up and your monthly phone plan stays the same price, you are effectively still paying for the phone, long after the network has recovered its cost.

So what can you do? That depends on how far into that contract you are.

Typically any mobile phone contract you take out will set out the terms and conditions, such as length of the contract, and any penalties you would have to pay should you break the contract.

Most are 12, 18 or 24 months in length, and if you want to change providers before that ends, you may have to pay the value of the remaining time on the deal to get out early. Unless your new contract is a significant monthly saving, it may not be worth switching early.

Once you are out of contract, however, that is another story.

If your contract is up and your phone has been restricted to one network, you can request the code from the mobile operator to remove the network restrictions, leaving you free to take your phone to another provider.

Getting that code can take a few days, as it must be requested from the phone manufacturer. So if you plan to change network, make sure you request the code in plenty of time.

What do you need to unlock your phone?

You’ll need some basic information to unlock your phone: the make of the phone, the model of the phone, and the IMEI number. That IMEI is a 15-digit unique identifier for your handset. If you don’t already have it to hand, open the phone app or dialler on the smartphone, and type *#06#.

You can take your mobile number with you. Mobile number portability has been around for several years, and allows you to move your number to your new network with minimum fuss. Once you have signed up with a new network and filled out the requisite forms, they will take over and initiate the process.

You won’t lose mobile service while this is going on; as your number becomes active on your new mobile network, it will switch off on the old one, so you need only swap over to your new sim card to keep your phone service active.

Why go SIM only?

A couple of reasons. Most SIM only plans have a short term contract - 30 days, typically - so you can switch provider with very little notice should you find a better deal, or better coverage, elsewhere. Because they don’t have the cost of the phone included, the plans can also seem like a much better deal in terms of monthly costs.

Before settling on a phone plan, there are some questions you should ask yourself. Most importantly, what do you use your phone most for?

If you rarely use mobile data, there is little point in spending more money to get a plan with unlimited data. Ditto for text messages and calls; if you are paying for 5,000 texts but barely get through a fraction of that, your money might be better spent elsewhere.

However, it’s worth noting that “all you can eat” phone plans are usually reasonably inexpensive these days, on some networks at least; you could spend €15 and get a SIM-only plan with unlimited texts, calls and data.

When is “unlimited” not really unlimited?

We’ve all heard the tales of supposedly unlimited plans that turn out to have a catch.

The “fair use” provision in the terms and conditions gives the networks a way out should your phone use prove excessive. For calls and texts, that limit is usually set fairly high, but data has been the undoing of many a mobile user. That could mean extra charges on your account.

During the pandemic, the networks largely waived those fair use charges, with some opting for “traffic management” instead of extra fees, which means excessive data users may have seen their internet speeds slow down.

However, it’s not yet clear if that will be a permanent situation, so it is best to shop around for a plan that suits your needs rather than hoping for reprieve should things go wrong.

Where can I go?

There are online comparison tools that will help you find the best value mobile phone deal, such as Switcher.ie. The communications regulator ComReg also offers a comparison tool that will whittle down the options to those that fit your needs.