Watchdog has power to fine per violation and per day, which could run to billions of dollars 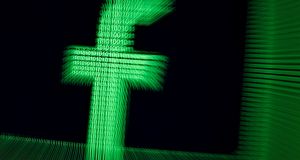 Facebook shares dropped as much as 6.1 per cent on Monday, leaving the company 22 per cent below its record high of $193.09 on February 1st. Photograph: Dado Ruvic/Reuters

The United States federal trade commission (FTC) has opened an investigation into Facebook’s privacy practices following the Cambridge Analytica scandal in which the data of 50 million users was misused.

Tom Pahl, acting director of the FTC’s bureau of consumer protection, said the watchdog took “very seriously recent press reports raising substantial concerns about the privacy practices of Facebook” and warned that the agency was committed to taking action against companies “that fail to honour their privacy promises”.

The investigation may result in fines for Facebook, which signed a consent order in 2011 with the FTC that required it to be clear with users about how their data was being shared with third parties.

If the company is found to have broken the order, it could face fines of up to $40,000 per violation per day.

Last week, David Vladeck, a former FTC director who oversaw the agreement in 2011, said each user whose data was misused could be counted as an individual violation.

Facebook shares dropped as much as 6.1 per cent on Monday, leaving the company 22 per cent below its record high of $193.09 on February 1st.

Facebook reissued a statement made last week by Rob Sherman, the company’s deputy privacy officer, which said: “We remain strongly committed to protecting people’s information. We appreciate the opportunity to answer questions the FTC may have.”

The information had originally been collected by a Cambridge professor who developed a quiz app that Facebook said was advertised as being for academic research.

Politicians in the US and Europe have called on Mark Zuckerberg, Facebook’s founder, to testify about the scandal, while 37 US attorneys general have demanded answers from Facebook about the issue.

Speaking after a meeting with senior European Facebook managers in Berlin, Ms Barley said the events surrounding Cambridge Analytica were “intolerable”, adding that she was still waiting to hear how many German users had been affected by the data affair. “Promises are not enough. We will in future have to supervise companies like Facebook more strictly,” she said.

Ms Barley also called on Facebook to be “more transparent” with regard to its algorithms – a request she said the company had shown “readiness” to honour.

Facebook discovered the issue with the harvesting of its data in 2015 but did not inform the public until this month as the New York Times and the Observer newspapers were about to break the news.

The company has said it had relied on a legal certification that the data had been deleted and was now investigating if that was the case.

On Sunday, Facebook took out ads in US and British newspapers saying it would investigate every app that had downloaded large amounts of data.

Some analysts have dismissed Facebook’s FTC problems. “The FTC case we ultimately believe given previous cases will end with a fine in the tens of millions and is more noise than an impact to the company’s operations over the coming years,” said Daniel Ivers of GBH Insights.

In 2012, the FTC fined Google $22.5 million after it found the company had violated a 2011 settlement. – Copyright The Financial Times Limited 2018