US government takes on big tech with new competition investigation 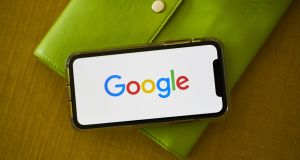 It is expected that Google, Facebook and Amazon will be the focus of the review. Photograph: Bloomberg

The US department of justice has announced a broad competition investigation into the leading online platforms, raising the stakes in Washington’s scrutiny of Big Tech’s power over growing parts of the economy.

The agency said it would look into how the platforms had achieved their market power, and whether they were “engaging in practices that have reduced competition, stifled innovation or otherwise harmed consumers”.

Though it did not name the companies under investigation, the department said in a statement it would look into “widespread concerns” expressed about “search, social media and some retail services online” – suggesting that Google, Facebook and Amazon will be at the centre of the review.

On Wednesday, Steven Mnuchin, US treasury secretary, said the investigation was tackling an “important issue”.

“I think if you look at Amazon, although there are certain benefits to it, they’ve destroyed the retail industry across the United States so there’s no question they’ve limited competition,” he said in an interview with CNBC.

Shares in Amazon and other tech groups were down modestly following the DoJ’s announcement, which came late on Tuesday. Amazon stock was down 0.6 per cent in Wednesday morning trading and Facebook was off 0.3 per cent. Shares in Alphabet, Google’s parent company, traded 0.4 per cent lower. Facebook declined to comment, and the other large platform companies did not respond.

The DoJ move comes after the outgoing European Commission signalled it was also looking to become more aggressive in checking the market power of the largest online platform companies. A report commissioned by the EU in April recommended lowering the bar for companies deemed “dominant players”, subjecting them to stricter antitrust rules.

Donald Trump has been critical of the EU’s scrutiny of American tech groups, suggesting it should be US rather than European authorities investigating wrongdoing by the technology sector.

Tuesday’s justice department announcement came the day before the Federal Trade Commission, America’s other main competition authority, said Facebook would pay about $5 billion to settle an investigation into multiple claims that the social network misused its users’ data.

A few weeks ago US antitrust officials agreed to a broad carve-up in their responsibility for investigating individual tech companies, with the DoJ undertaking to study Google and Apple and the FTC looking into Facebook and Amazon. – Copyright The Financial Times Limited 2019

1 Bank leaked my loan request to family who tried to rip me off
2 Eason acquires rival Dubray Books for undisclosed sum
3 Solar panels: Are they worth the investment?
4 When the Chemistry no longer works – the closing of a leading Irish ad agency
5 What is at stake for Ireland in the new Brexit talks?
Real news has value SUBSCRIBE