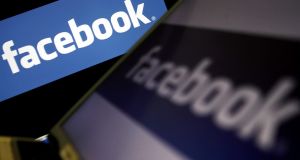 British MPs have called for a regulator to police content on social media sites, financed by a new levy on tech companies, and an inquiry into the effect of disinformation on past electoral contests.

Concluding an 18-month long investigation into “fake news”, disinformation and political campaigns, the House of Commons digital, culture, media and sport committee also accused Facebook of “intentionally and knowingly” violating data privacy laws and said it should be the subject of a probe by the competition and data watchdogs.

Damian Collins, the Conservative MP who chairs the committee, warned that democracy was at risk because of targeted disinformation campaigns from unidentifiable sources, delivered through social media platforms.

“We need a radical shift in the balance of power between the platforms and the people,” he said. “The age of inadequate self-regulation must come to an end.”

In their report, the MPs said there was an urgent need to establish an independent regulator for social media sites, as well as a compulsory code of ethics similar to the guidance issued by Ofcom, the media regulator. Under such a structure, social media companies would be required to take down proven sources of disinformation as well as “harmful content” or face potential fines from the regulator.

The proposed regulator, which the committee suggested be paid for by tech companies operating in the UK, would have “powers to obtain any information from social media companies that are relevant to its inquiries”.

The MPs also called on the government to launch an independent investigation into the impact of disinformation and voter manipulation in past votes, including the 2017 general election, the 2016 Brexit referendum and the Scottish referendum in 2014.

“While the UK government has accepted evidence of Russian activity in the Skripal poisoning case it has been reluctant to accept evidence of interference in the 2016 UK Referendum,” the report said, referring to last year’s poisoning of former Russian agent Sergei Skripal in the cathedral city of Salisbury.

The committee said the government should reform electoral communications laws and rules on overseas involvement in elections, stating current regulation was “not fit for purpose”.

It also called for the Competition and Markets Authority to launch an investigation into allegedly anti-competitive practices at Facebook. This recommendation was based on evidence the committee uncovered in December that appeared to show Facebook offered preferential data access to certain companies and developers.

Facebook said at the time that the documents published by the committee, including internal emails related to the company’s data sharing practices, were presented in a way that was “very misleading without additional context”.

“Companies like Facebook exercise massive market power which enables them to make money by bullying the smaller technology companies and developers who rely on this platform to reach their customers,” said Mr Collins.

The committee gave a scathing assessment of Mark Zuckerberg, Facebook’s chief executive, who has repeatedly refused to give evidence to the committee. Mr Collins said Mr Zuckerberg had deliberately sought to frustrate the committee’s work by giving incomplete, disingenuous and “at times misleading” evidence.

Even if Mark Zuckerberg doesn’t believe he is accountable to the UK parliament, he is to the billions of Facebook users across the world

“Even if Mark Zuckerberg doesn’t believe he is accountable to the UK parliament, he is to the billions of Facebook users across the world. [HE]continually fails to show the levels of leadership and personal responsibility that should be expected from someone who sits at the top of one of the world’s biggest companies,” said Mr Collins.

The news comes as it emerged that Facebook is in early talks with the Federal Trade Commission in the US over settling an investigation into privacy violations in the wake of the Cambridge Analytica scandal that could result in a record fine.

Facebook said it rejected claims that it breached data protection and competition laws. However, Karim Palant, the group’s UK public policy manager, said the company supported “effective privacy legislation that holds companies to high standards in their use of data and transparency for users”.

He added that Facebook also supported the committee’s recommendation for electoral law reform, and had already introduced changes to ensure political advertising on its platform was more transparent.

“We are pleased to have made a significant contribution to their investigation over the past 18 months, answering more than 700 questions and with four of our most senior executives giving evidence,” he said. “While we still have more to do, we are not the same company we were a year ago.”

Facebook added that it had found no evidence of co-ordinated foreign interference on its platform during the Brexit referendum, following a review that was requested by the commission.

The committee also said the insurance entrepreneur Arron Banks had given it “misleading evidence” on the relationship between his company and Leave.EU, one of the pro-Brexit campaign groups in the 2016 referendum.

Leave.EU and Mr Banks have been fined £190,000 for breaching electoral and electronic marketing laws after separate investigations by the Electoral Commission and the Information Commissioners’ Office.

The Electoral Commission said in November that it had asked the National Crime Agency to investigate Mr Banks.