Twitter is doing what? Expanding its character limit to 10,000 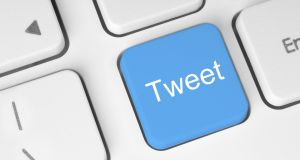 Nothing gets people on Twitter quite as reliably exercised as changes made to how Twitter works. And this week, news of a big change broke – according to tech site Re/Code, Twitter is experimenting with expanding its maximum tweet length from 140 characters to 10,000.

That comes to a good two-page essay, the opposite of what we think of as tweet-length.

Cofounder and chief executive Jack Dorsey was quick to defend the move. “We’ve spent a lot of time observing what people are doing on Twitter, and we see them taking screenshots of text and tweeting it. Instead, what if that text . . . were actually text?”

Dorsey’s reaction came in a rather pointed manner – a tweet featuring a screenshot of his statement, which rather elegantly proved the utility of longer tweets.

The expansion is obviously an attempt to evolve the service, because Twitter is in trouble – it has basically stopped adding users, and hasn’t been tremendously successful at monetising its product either.

For new users, there remains a steep learning curve and effort is required to build up a useful list of Twitter accounts to follow. Thus, Twitter’s user base has basically topped out at 320 million or so. Which probably wouldn’t be a problem if it wasn’t for the fact Twitter is a publicly traded company, which means it needs to generate continuous growth to maintain its share price.

The 140-character constraint, a legacy of Twitter’s roots in SMS text messages, has become the defining characteristic of the service, enforcing concision and allowing for quick browsing of lots of information. Which explains the freakout over this week’s news – browsing essay-length tweets in your timeline doesn’t sound like Twitter, frankly.

Keeping users on board

This is all about retaining users’ attention. Whether this will be enough to turn Twitter around remains to be seen, but it might have much more serious implications for publishers who rely on traffic from Twitter.

1 Why are markets booming when a crash is on the way?
2 Brexit: System agreed for Irish goods to skip checks on UK trade
3 Second Covid-19 outbreak and no-deal Brexit an appalling vista
4 European stocks pause as coronavirus worries offset rebound hopes
5 How to . . . move (almost) everything to your new phone
Real news has value SUBSCRIBE