Will ‘claps’ replace ‘likes’ in the world of social media? 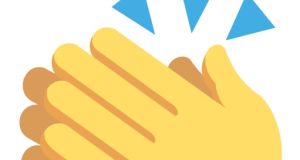 The clap emoji is gaining in popularity

Is it possible that “claps” will replace “likes” in the world of social media? The Anchor app uses claps as a feedback metric and recently publishing platform Medium also decided to measure reader interest with the popular two-handed emoji.

Clap once for something that seems reasonably interesting or go crazy with a symphony of palm slaps if you want the writer to know their work amazes you. This way you don’t simply like or dislike something, you get to adjust the volume of your appreciation. And the more claps, the more Medium writers can potentially earn.

One problem with this form of feedback on Medium’s smartphone app is that it takes too long for readers to tap those claps in comparison to the web version. So Jason Li of web design firm TomYum has suggested a redesign. In his reimagining, there is a slider for adding more claps faster, which takes a bit of the fun out of it. On the other hand (clap pun), the slider makes for swift taking back of claps, not to be confused with clapbacks, which require more effort and sass.