If you’re looking to create a podcast on a budget with minimal effort, this is the perfect choice 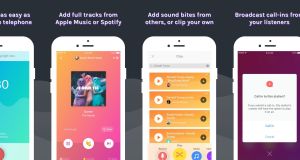 If you’re looking to create a podcast on a budget with minimal effort, then the Anchor smartphone app is the perfect choice - but only because a major new update has added the ability to edit audio. Until now Anchor was a little quirky in that it ‘broadcasted’ your audio recordings directly into your ‘station’ in its raw state, which meant that pro podcasters would never have considered it as an option. It was more of “Twitter for audio” kind of app.

Now Anchor has intuitive audio trimming that guides the user by selecting text from the transcribed recording rather than messing about with soundwaves. This, coupled with plenty of free sound effects and an option to add songs from Spotify and Apple Music (though only subscribers can listen to them) makes for a decent podcasting app.

And there’s more: creators can make calls from within the app to record interviews and can accept listener ‘call-ins’ when other users submit audio comments. It’s a no-brainer for podcasting beginners.

1 Money matters: ‘My father embarrassed us with his haggling’
2 Opioid executive admits to ‘no morals’ ahead of prison term
3 NI house builder apologises to Harry and Meghan over adverts
4 Pilita Clark: When a rude boss keeps you waiting, why not walk out?
5 Blueface sold to Comcast, Dublin offices for sale, and NI builder’s royal blunder
Real news has value SUBSCRIBE