Top 1000: Start-ups on their breakthrough moment

Sometimes a start-up gets the recipe for success right from the start; other times a fundamental shift in direction or a pivot willbe needed 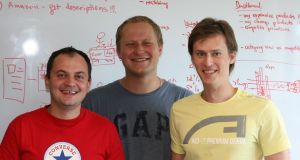 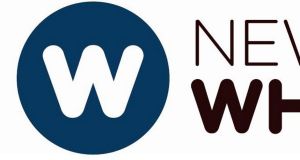 Newswhip started life in 2010 as an online news service on the lines of the Huff Post but now tracks the spread and popularity of news stories around the world for a range of blue-chip clients including MasterCard, Associated Press, MTC and the Huff Post.

Success in business can rarely be mapped out on a straight line and changes in direction are a frequent occurrence.

“I would say that 99.99 times out of 100, companies have to pivot in some shape or form,” says Enterprise Ireland HPSU Start Department manager, Tom Early.

“That’s part of what we do on our programmes. We get companies to realise that what they are building might be technically amazing but is anyone is going to buy it? Do customers want it and are they willing to pay for it?”

Early advises client companies to find the cheapest and quickest way to market in order to get feedback from customers. “We find that companies decide to pivot when they realise they are not getting commercial traction in the market or when investors ask them why sales performance or turnover is not better,” he says. “I talked to one client recently who had changed from a B2C model to a B2B play as a result of market feedback.”

The ability and willingness to change is a very important characteristic of successful entrepreneurs.

“What I see from working with entrepreneurs and start-ups at KPMG is that they are always curious, commercial and creative – the key ingredients you need to be a successful entrepreneur.

However, knowing when and how to pivot away from an original business idea to making sure that a business succeeds, is essential for future growth,” says Olivia Lynch, tax partner at KPMG.

“Adopting an entrepreneurial mindset from the start, and as your company grows, is crucial so remain agile, innovative, results-focused and know how to take advantage of new opportunities as they arise. Staying close to your customer will help you to identify when a business reaches that critical stage, so understand their needs and accept that change in your business model is inevitable,” she adds.

“One of the characteristics we look at when investing at our very early stage is whether the founders demonstrate an ability to listen,” he says. “From the outset, we are comfortable with the fact that as they listen to their prospective customer, their idea will evolve. Sometimes it will be a minor change, a small optimisation, but other times it can be quite dramatic. If it happens, and it is based not just through listening to the customer but interpreting that information in a manner so as to create a defensible business model, then it is a positive move for the business.”

Newswhip started life in 2010 as an online news service on the lines of the Huff Post (formerly The Huffington Post) and now tracks the spread and popularity of news stories around the world for a range of blue-chip clients including MasterCard, Associated Press, MTC and the Huff Post.

“I was working as a lawyer in New York when I returned to Dublin to start an online news site but it was very difficult,” says founder Paul Quigley. “We were producing content for an already crowded market. Doing editorial well is really difficult, it’s almost a vocation. You need to have it in your bones if you want to do it as a business. And you have to be honest with yourself at some point.”

That prompted the decision to move away from news gathering and publishing and into tracking what’s most popular and what people are most interested in.

“We moved into version 2.0 of the company and built an engine to track news.

We launched that as a free service initially.”

The company then got a place on the NDRC Launchpad programme and this led to a further change in direction.

“The advice from NDRC was to take down the free site and start charging for it.” Walsh recalls.

“We already had paying customers and if you have something people are willing to pay for you should double down on that. We decided to retire the free stuff.”

Today the company employs 61 people working out of R&D in Dublin and sales and marketing in New York. Turnover is “in excess of seven figures” and the customer list has grown to 450.

“We have a great team building technology and products here in Dublin. We

have a number of ex-academics working on areas like data analytics, machine learning, pattern recognition, and so on. We track three to four million news stories a day. We give people the data so that they are aware of the conversations

happening outside of their bubble.”

history. Founder and chief executive Gavan Walsh had the initial idea for the company while on holiday in Portugal in 2009. He couldn’t get a taxi in a remote area and thought a service using the mapping app on his iPhone could provide a solution.

On his return home to Dublin he assembled a team which put together what was an early version of the Hailo and MyTaxi apps which are so familiar to people today.

“We got 320 drivers signed up but it didn’t really work,” he says. “We didn’t have the funding and the market wasn’t ready.”

Then came pivot number one.

“We were approached by a small taxi company in Cork who wanted a dispatch system. We adapted our technology and gave them a system. It worked because the individual drivers were being managed by the company. Our vision at the time was to link together a number of taxi companies on one platform – iCabbi.”

Then came pivot number two. The firm was later introduced to leading Dublin company VIP Taxis which had experienced a water leak into its system and was attracted to a cloud-based solution. VIP wasn’t very comfortable with the iCabbi model, however.

“They pointed out that we were effectively selling back their own business to them. That led us to a rethink. We know our place. We are a systems provider.

We ditched the B2C operation and became a pure play B2B operation.”

“We now have 54,000 cars on the platform. The model is to go after flagship firms in each market and grow from there.”

Looking back, Vol Pigrukh, co-founder and chief executive of Profitero can’t pinpoint one particular “breakthrough moment”. Rather for him, the journeyfrom a start-up to a company employing some 180 people, was something which developed over time.

“I’m not sure there was one single moment where we could say ‘we’ve done it’. You have those moments almost every day – and also every day there comes a moment when something negative happened and I thought ‘wow I thought we’d passed that’,” Pigrukh recalls.

The company was founded in 2010 when school friends Kanstantsin Chernysh and Dmitri Vysotski from Minsk in Belarus joined forces with Pigrukh to create pricing software for retailers. At the time, Vysotski was working with IBM and Pigrukh at Google, both in Dublin, while serial entrepreneur Chernysh was developing pricing software for online stores for offline retailers, collecting pricing information from competitors’ websites which in turn allowed retailers to grow their sales by slightly undercutting the competition. But he thought that his own idea had greater potential.

“So the three of us sat down together and brainstormed the idea,” Pigrukh

recalls. The outcome was Profitero, which provides real-time e-commerce analytics and insights which allow retailers improve their sales performance across different channels/

The start-up attracted seed investment from investors like Enterprise Ireland and Delta Partners, and was happy to call Dublin home.

“Ireland is a great place for tech start-ups,” says Pigrukh.

Unlike other start-ups, Profitero was revenue generating from the get-go, which quickly validated the co-founders’ idea.

“We signed our first paying customer before we got even one cent of investment,” says Pigrukh, adding that it quickly demonstrated the value of their idea.“The best indicator of that value is when someone pays you money,” he says.

By the end of 2011, the company had ten paying clients and it was then the founders understood “that we could really build a big company here”. The business has since “evolved dramatically” Pigrukh says, adding that while it was very useful to start off with price monitoring as it offered retailers a “clear value proposition”, the company is now more about selling e-commerce analytics tocompanies like Coca Cola and Procter & Gamble.

Today, Profitero employs 180 people globally, the bulk of whom are based in a technology operations centre in Minsk, with offices also in Boston and San Diego in the US, Shanghai in China, Maidenhead in the UK, as well as the Dublin headquarters. While Profitero does not disclose its revenue, with 100 per cent growth year on year for the last few years, it has been steadily rising.

So what’s the end goal? A trade sale? Further investment? “First of all, we’re trying to build a large company – and then we’ll see what happens,”Pigrukh says.