Top 1000: ‘Should I grow or should I harvest?’ The entrepreneur's challenge

Most entrepreneurs dream of rapid growth, but scaling up too fast can present challengesaround recruitment, funding and meeting customers’ expectations 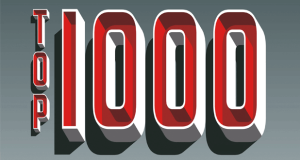 Ireland has a vibrant start-up culture with plenty of expertise and strong funding supports available to help get new businesses off the ground. Where we fall down, perhaps, is in our support for growing companies.

“There is a huge gap around formal mentoring and guidance for scaling up,” says Sean Duffy, head of entrepreneurial services at EY. “People talk about the scaling problem as if it’s an isolated event. The reality I see in front of most entrepreneurs is that it’s a constant dynamic between the push and pull of ‘should I

grow or should I harvest’. It’s a daily pressure and a daily opportunity.”

Duffy says those managing growing companies struggle with a list of dilemmas, from selling out too early to wondering if scaling up is worth the effort if the business is doing OK, to struggling to accept that investment in growth will more than likely mean a step backwards in profitability. What would help, he believes, is a high-visibility network of people willing to share their experiences of growth to demystify the process. Here, three companies tell us about the challenges they faced.

Growing companies have an insatiable thirst for talent and IT services provider Version1 is no exception. Its employee numbers have doubled to 900 since 2014 and more growth is on the way, with plans to create a further 365 jobs over the next three years with 100 of these positions coming on stream during 2017.

Set up by Justin Keatinge and John Mullen in 1996, Version1 has grown both organically and by acquisition into an € 85m turnover business with offices in Belfast, Dublin, Cork, Edinburgh, Birmingham, Manchester and London.

Its key markets are financial services, public sector and utilities and its services include software asset management, digital transformation and data analytics.

Recently appointed chief executive, Tom O’Connor says Version1 has coped well with its burgeoning staffing needs mainly because of steps taken a few years ago. “We invested in a HR director at board level with responsibility for people and culture,” says O’Connor who has been with Version1 for 16 years and previously held the role of chief operating officer.

“We saw our culture as a differentiating factor and decided to make it a reason for people wanting to join us and stay.”

But recruitment is only half the battle.

“There is no point in taking people on if others are leaving by the back door just as quickly,” he says. “To avoid this, we placed a lot of emphasis on employee engagement – which is different to satisfaction. We measure it religiously every quarter and have done so since 2009. We had 367 internal promotions last year and have an attrition rate of around 7.6 per cent. This is about half the norm in the IT sector. The biggest challenge with growth is continuing to do the simple things well.”

Funding is always a challenge for companies on a growth trajectory and Version1’s next growth phase will be bankrolled by a € 90m investment from London-based Volpi Capital.

“The investment will see the original shareholders stay on, with the exception

of our first round investor, Development Capital, which successfully exited as part of this deal two years earlier than anticipated, with a 250 per cent return on their original investment,” O’Connor says.

Ralph Shaw is co-founder of Asavie, a nextgeneration enterprise mobility management and internet of things connectivity solutions provider with an annual turnover of € 19m. The company, which is listed as one of the Financial times’fastest-growing 1,000 companies in Europe, saw turnover jump from € 9.1m to € 19m in 2015 with a doubling of profi ts to € 11.2m. Asavie was set up in 2004 and employs 123 people. Its route to market is predominantly through mobile network operators such as AT&T and Telefonica and OEMs such as Dell.

“We’ve had different growth phases spurred on by our decisions to enter the North American market, and more recently the Asian market. Also driving our growth are the various trends we’re charting: the digital transformation, mobile-fi rst technologies and faster networks. We’re at the heart of all of these. We’ve taken a steady approach to hiring and are constantly looking out for good people. What has changed with growth is that we now have more specialised people looking after specifi c areas. In the early days people had more general responsibilities.”

As someone used to being “hands-on” across the business, Shaw says that learning to delegate did not come easy. “It’s actually quite diffi cult to step back but you simply have to get people on board and trust them to deliver.”

Asked how customer expectations have changed as the business has grown, Shaw says,

“Expectations have always been high, but I think customers expect you to be able to react even quicker as you get bigger, and to some extent they expect a broader portfolio of services.”

Shaw’s advice to those coping with strong growth is not to penny-pinch when laying the foundations for the future.

“Get the best advice you can afford and try to bring the right advisors (tax, legal, accountancy) on board early on, in order to set yourself up as a global player from day one so you don’t have to retro-fi t anything,” he says.

“You might think that keeping things very tight is the way to go so you don’t recruit a chief fi nancial offi cer until a certain stage, because in theory you’re saving money. In fact, you’re not.”

Asavie has self-funded its growth, with its last fundraising in 2007.

“We’re a profi table business and all our growth has been handled from our own cash reserves. We’re debt free,” Shaw says.

Asavie has recently opened a new regional headquarters in Kuala Lumpur and a data centre in Singapore.

with more contracts coming to fruition than we had anticipated. We were able to manage our way through this thanks to the calibre of our staff,” Shaw says.

Asavie has relocated three times since its formation. “We recently took the decision to move into a building with more capacity than we need so we have set it up for our longer-term requirements and sub-let a fl oor,” Shaw says.

“There’s a big cost and effort involved in moving and it’s potentially very disruptive so you need to plan for it.”

Specialist interiors fi t-out contractor Mac-Interiors was set up 15 years ago by Paul McKenna and was one of the few companies in the property sector that managed to grow during the recession.

According to the company, one of the main reasons for this is the calibre of the company’s clients; it typically works with multinational blue chip companies and they kept spending during the downturn.

Our success came from targeting clients, not developers,” McKenna says. “What has really driven our growth is the size, scope and complexity of the projects we’re taking on. Our evolution from high-end fi t-out company to specialist general contractor came about as a direct result of requests from clients. They asked us to get involved in refurbishment and repurposing, and this has now become a major part of our business. So to some extent, customer expectations drove us in this new direction.”

“The biggest challenge of making the jump was enticing people to come and join us,” McKenna adds.

“We brought four or fi ve key individuals on board in 2014 and 2015 and they hand-picked the people they wanted. Retaining staff has been central to our success. Our retention rate is about 88 per cent over fi ve years.”

McKenna says delegating as the business grew was not a problem. “If you don’t have seasoned professionals in each category of your business you won’t succeed,” he says. “We recruited specialists and let them grow their own departments. I’ve always employed people who are better than I am.”

One of the fi nancial aspects of the business that changed with the transition was cash fl ow – fi t-outs typically take 12-16 weeks, whereas refurbishments could take 12-14 months.

“It had to be managed, but sub-contractors still have to get paid on time,” says McKenna.

One of McKenna’s concerns around growth was that the business would lose its identity. “Mac-Interiors is synonymous with high-end fi t-outs and we didn’t want that to change,” he says. “We controlled our growth and didn’t become a general contractor overnight. We had been doing general work since 2015 but didn’t announce it until 2017, by which time we were sure there was real demand.”

1 Fianna Fáil may have just pressed the pause button on the property market
2 Who are Ireland’s 17 billionaires?
3 Saudi prince’s WhatsApp account ‘directly involved’ in Bezos hack
4 UK to prioritise EU trade deal over one with United States
5 Corporate tax change is inevitable, says Donohoe
6 My father in a nursing home wants to gift me his house
7 Irish organisations struggle to comply fully with GDPR
8 Dublin Airport contributes €10bn to economy - study
9 Are there annual limits on inheritances or gifts to a child?
10 European investor acquires Harcourt Road offices for €55m
Real news has value SUBSCRIBE