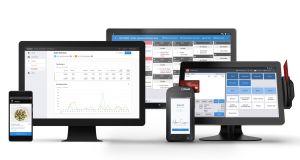 Toast is now valued at $2.7 billion after its latest funding round.

Boston-headquartered tech company Toast is to more than treble the number of people it employs in Dublin by the end of 2020 on the back of a new $250 million (€222 million)funding round.

The company, which is valued at $2.7 billion following the latest round, currently employs 30 people in the Republic after setting up a software engineering-centred operation locally in October 2017.

Toast now intends to take on a further 30 staff here by the end of this year with plans to grow the local team to 100 by 2020.

Founded by Steve Fredette, Aman Narang and Jonathan Grimm in 2011 and officially launched two years later, Toast is a restaurant technology platform that offers a cloud-based point of sale system which integrates with front-of-house, back-of-house, online ordering, gift card and loyalty programmes, as well as labour and sales reporting.

The company, which employs 1,500 globally, said it intends to invest more than $1 billion in research and development over the next five years to continue building software and hardware designed specifically for the restaurant industry.

Toast was recognised as the third fastest-growing technology company in North America on the 2017 Deloitte Fast 500 list and claimed a 148 per cent jump in revenues last year.