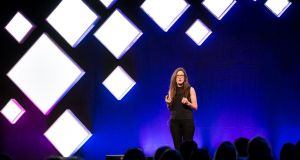 Industry, a conference for people who build, launch and scale software solutions, is returning to Dublin in March with speakers including Netflix’s former vice-president of product, Gibson Biddle.

The conference, which began in Cleveland, Ohio, is the brainchild of Tipperary native Paul McAvinchey, who established the event six years ago.

The event is to be held in the RDS for the first time when it returns here in March with about 500 attendees expected.

As well as tech demos and talks, there is also a series of workshops led by the likes of John Romero, who helped create legendary game titles such as Wolfenstein 3D, Doom and Quake. Other speakers include Hubspot’s group product manager Louise Bernstein, and Tanya Cordrey, the former chief digital officer at Guardian Media.

“We have built a healthy business over the last six years and we’re excited by the growth we are seeing now in Ireland, too. It’s great being an expat and being able to build a business that traverses the pond,” said Mr McAvinchey.