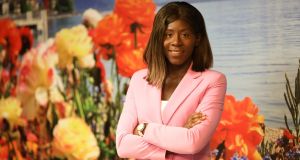 A Cork-based technology start-up that has developed a platform for early childcare providers has completed a €750,000 funding round and expects to raise up to €4 million more this year as it looks to expand into other markets.

TeachKloud, which was founded by Wendy Oke in February 2017, intends to use the funding to hire extra staff in product development and marketing as it prepares to launch in Britain and further afield.

TeachKloud has developed a cloud-based solution for those working in creches and preschools. The platform can be used to cover everything from waiting lists and attendance tracking, to policies, procedures, safety audits, teaching plans, staff scheduling and developmental observations. While primarily for use by professionals, parents can also sign in to follow their child’s progress and watch videos of their children at play.

The €750,000 investment was led by Dublin-based Frontline Ventures via the AIB Discovery Fund. Other backers include Enterprise Ireland, the Irish educational publisher Folens and edtech entrepreneur and investor Sean Tai.

TeachKloud intends to use the funding to hire extra staff in product development and marketing as it prepares to launch in Britain and further afield.

Ms Oke, who was recently awarded a PhD from Cork Institute of Technology for her research in early years education and care, developed the app after taking to LinkedIn to express frustration over the lack of support for early-care professionals. That led to her being offered €50,000 to get the ball rolling to develop a solution to help them.

“I was working in early childhood services and saw the frustration that staff felt at trying to stay on top of everything, especially as most, if not all tasks, were being done manually with paper. There weren’t really any solutions available covering management, operations and compliance in one package, so I set about developing one,” she said.

According to Ms Oke, childhood educators in the Republic currently spend more than two hours on average each day on administrative efforts. This, said Ms Oke, is time that could be better spent in providing more high-quality care for youngsters.

The solution costs €1 per child per month with creches and preschools able to claim up to €2,000 back through the National Childcare Scheme to integrate it internally. TeachKloud has more than 130 customers currently with some 4,000 children having been profiled.

Ms Oke said the company is keen to scale quickly and intends to embark on another fundraising round later this year with the aim of securing between €3 million to €4 million from backers.

Given that there are 15 million children of preschool going age in Europe and that the early childhood education sector is expected to reach more than €215.78 billion by 2025, TechKloud is operating in a space in which there are plenty of opportunities.

“We believe this will be an area of explosive growth as parents expect to get more updates related to the development of their children via mobile applications – this is a technology-enabled market that TeachKloud is uniquely positioned to lead,” said Finn Murphy, principal at Frontline Ventures.