Survey reveals that those at top of scale can earn as much as €180,000 a year 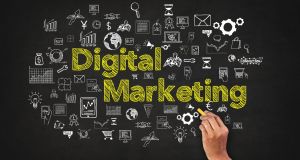 The highest paid senior role in the digital space locally is a director of digital marketing, with salaries of between €120,000 and €180,000

Salaries for those working in the digital technology sector have risen substantially in recent years, with those at the top end of the scale now earning as much as €180,000 per annum.

A new survey shows across-the-board rises in salaries in the sector locally, with big gains for those working in particularly hard-to-fill roles in areas such as search engine optimisation and pay-per-click advertising.

Prosperity Recruitment, which compiled the survey, said while companies were investing cautiously ahead of Brexit, many in the online sector still needed to spend on recruitment in order to stay competitive.

According to the survey, the highest paid senior role in the digital space locally is a director of digital marketing, with salaries of between €120,000 and €180,000 depending on experience. This is ahead of a traditional marketing director, a role that has an average salary of between €90,000 to €150,000 for those with five years’ experience or more.

The second highest paid role in the sector is head of ecommerce, where salaries have risen by over 9 per cent since 2017 for those with at least five years’ experience to more than €120,000.

“Although we have heard from business owners throughout the year that spending has tightened due to Brexit and a potential global slowdown, there is still a drive for new hires in digital. Salary hikes in key areas have put extra pressure on employers who are dealing with this uncertainty, particularly within the SME sector,” said Gary Mullen, director of recruitment at Prosperity.

“Marketers are no more or less ready for Brexit than the wider business community. Although most clients assume there will be some sort of Brexit agreement made, they are still cautious. However, Brexit may encourage growth in the digital sector by driving international businesses to locate in Ireland.”