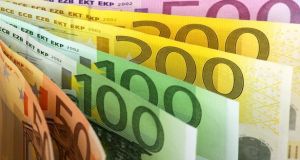 Staff costs at Arkphire totalled €5.94 million while directors’ remuneration came in at €804,854.

Arkphire, which recently acquired Irish rival Trilogy Technologies for an undisclosed sum, reported record revenues of €126 million, a 40 per cent rise on the prior year and up from just €20 million five years ago.

Now employing 200 people following the Trilogy acquisition, Arkphire recently opened a new office in Singapore and appointed its first head of Asia Pacific as it targets growth in the region.

“We are thrilled with the continued growth trajectory that Arkphire is experiencing,” said chief executive Paschal Naylor. “Of particular note is the growth in turnover that we set for the business five years ago which now sees Arkphire move past the €100 million turnover milestone for the first time in the company’s 40-year history.”

When Arkphire acquired Trilogy in late December, it said the newly enlarged group would have combined revenues of close to €150 million and employ 220 people.

Newly filed accounts for Arkphire show it employed 96 people at the end of June 2019, up from 82 a year earlier. Staff costs totalled €5.94 million while directors’ remuneration came in at €804,854.

The company dates back to 1981, when it was known as Memorex Telex. It has had several incarnations since then. After a takeover in 1998 it rebranded as EDS Global Services, before becoming AO Systems + Services Ireland when it was acquired by the German-owned IT provider AO Group, in 2006. It returned to Irish ownership in 2009 following a management buyout and relaunched as Arkphire in 2011.