Stripe moves payment processing to Dublin due to Brexit 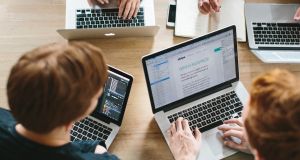 Stripe is shifting payment processing for the majority of its European customers to its Irish-regulated entity because of Brexit, the company said on Thursday.

The online payments company said processing for all customers outside of the UK and Switzerland will change to Dublin-based Stripe Technology Europe Limited, instead of Stripe Payments UK Limited as of November 19th.

“We are making this change to ensure Brexit has no effect on your use of Stripe’s services. The only difference you may notice is that when you receive payouts from Stripe, the statement descriptor on your bank account statement may refer to STEL,”? the company said.

Stripe, which was founded by Patrick and John Collison in 2010, announced plans to create hundreds more jobs in Dublin last year partly as a response to securing an e-money licence from the Central Bank. The licence allows Stripe to continue to process payments for users across Europe regardless of the outcome of Brexit negotiations.

San Francisco-headquartered Stripe is one of a number of companies to secure an”electronic money institution licence,” as it is officially known, from the regulator in recent years. Others include Soldo, Modulr, Payoneer, Coinbase, Prepaid Financial Services and Facebook, which received its e-money licence in 2016.

Digital Bank Revolut said earlier this month it was to temporarily move regulation of its one million Irish customers to Lithuania from Britain due to Brexit.

The fintech currently operates in the Republic under a UK e-money licence, which allows it to passport its services elsewhere in the European Union. However, it said it is being forced to migrate regulation outside Britain to ensure it can continue to serve customers.

Britain will give up its so-called “passporting rights”? as of December 31st with the UK regulator no longer able to oversee the accounts of EU citizens.

Revolut earlier this year announced it was in the process of applying for an e-money licence from the Central Bank as it confirmed plans to shift responsibility for its European payments from London to Dublin. It said recently that this process is ongoing and that migration of accounts to Lithuania was being done on a temporary basis.

Stripe, which was valued at nearly $36 billion (€30.8 billion) after raising an additional $600 million from backers earlier this year, employs more than 2,800 people globally, including about 300 in Ireland.

1 Basic income for all: Has the Covid crisis given us a new economic model?
2 Direct sea routes to Europe offer certainty in choppy Brexit waters
3 Online shoppers face unwelcome tax surprise
4 Kinzen raises $2.2m as it helps clients fight ‘misinformation’
5 ‘I don’t need to do any of this. . .I don’t actually need to work.’
Real news has value SUBSCRIBE