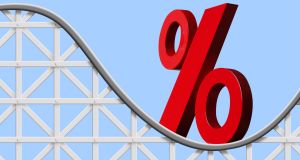 The rates charged are generally above 23 per cent annual percentage rate, which is high, and can run into three figure. Photograph: iStock

Coronavirus lockdowns have probably left quite a few families facing tough choices. At least some could find themselves seeking short-term loans as a fix for an immediate financial problem, and some of those may well decide that a high interest rate is part of the price they have to pay.

That is a decision that people ultimately have to make for themselves, but to do that, they need to know what risks they are taking on when they borrow cash over the short term at high interest rates.

It makes sense then that the Central Bank is going ahead with rules requiring moneylenders to carry high interest rate “health warnings” prominently on their ads. Some of those considering this option may well think “fair enough” carry on and ultimately pay off the debt, but the warnings could be a timely red flag for others.

About 300,000 people borrow money from 38 moneylending firms licensed by the Central Bank, so there is a place for this service. However, like any other form of consumer credit, borrowers need to know what they should be looking out for before they seek loans, and precisely what it is they are getting into once they do draw down the cash.

The rates charged are generally above 23 per cent annual percentage rate, which is high, and can run into three figures. The Society of St Vincent de Paul believes that these charges should be restricted further, something that the Oireachtas and next government could at least consider.

The society has helped countless Irish families down through the years and knows what it is talking about. Its head of social justice, Dr Tricia Keilthy, points out that high-cost credit risks sending households into debt traps, with wide-ranging consequences, including leaving them unable to save cash against the next, inevitable, rainy day.

In the meantime, let the buyer beware, the oldest warning in commerce, still holds good. But for it to work, the buyer must be alerted to all those risks of which her or she should be wary.