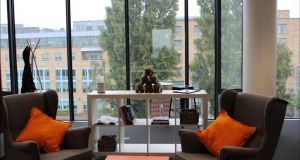 The announcement came as the company announced the official opening of its new EMEA headquarters in Dublin.

Nitro, a technology company that designs software to create, edit and secure PDFs and other digital documents, is to double its headcount in Dublin with the creation of 70 new jobs over the next two years.

Founded in Melbourne, Australia, in 2005 by Karl De Abrew, Richard Wenzel and Sam Chandler, the company is now headquartered in San Francisco. It established operations in the Republic in 2013 with just three employees and now employs 70 people locally, 25 of whom have been hired in the last year.

The announcement is a significant one by the company, which currently has 135 staff across its offices in San Francisco, Dublin, London and Melbourne.

The announcement came as the company announced the official opening of its new Europe, Middle East and Africa (EMEA) headquarters in Dublin.

“The new space provides the company with the capacity to nearly double our current team to more than 140 people,” said Katie Banks, director of people and workplace at Nitro.

“We want this to represent Nitro’s continued commitment to our EMEA operations and headquarters in Dublin,” she added.

Nitro says it provides services for more than 10,000 businesses globally, including 65 per cent of Fortune 500 companies. Its customers include Continental, T-Mobile Australia and Swiss Re.

The company has raised close to $40 million (€36 million ) to date with backers including Battery Ventures and Alium Capital.

“This is a time of innovation and growth for Nitro which will be ably supported by the availability of tech talent in Ireland, ” said Mary Buckley, executive director of IDA Ireland.