So much for the smart economy: Irish lack basic digital skills 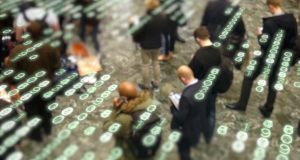 Businesses in Ireland are the best in Europe at using ecommerce, according to a new study. However, we are below EU standards when it comes to digital skills.

Ireland is ranked in eighth place overall in the latest European Digital Economy and Society Index (DESI), an indicator that summarises the performance of EU member states across a wide range of areas, from connectivity and digital skills to the digitisation of businesses and public services.

The latest index shows the EU is making progress but notes that the gap between top digital players and lower-performing countries is still too wide.

Ireland performs better than the EU average but it has improved at a slower rate than the EU as a whole, which places it in the “lagging ahead” cluster of countries.

Denmark, Finland, Sweden and the Netherlands lead the index this year, followed by Luxembourg, Belgium, the UK, Ireland, Estonia and Austria.

The country now ranks 13th among EU countries for connectivity, up from 16th last year. It is in 10th place for human capital, compared to eighth spot previously. In addition, Ireland has moved up one spot to 14th place for use of the internet and up two places to first place for integration of digital technology. Lastly, it has fallen one spot to ninth out of 28th for digital public services.

Ireland ranks first when it comes to the integration of digital technologies by businesses, mostly because many SMEs have embraced ecommerce. However, the study says that while the Republic ranks first in the share of young people holding a science, technology, engineering or maths (Stem) degree, just 44 per cent of the population are deemed to have sufficient digital skills compared to an EU average of 55 per cent.

The index shows that over the past year, next-generation access (NGA) coverage and take-up of fast broadband has increased considerably, while use of interest services, such as online banking and social networking, has also risen.

Fast broadband coverage in Ireland is seen to be well above the EU average, according to the report, which found that while take-up of what it notes is “relatively expensive” fixed broadband is lower than elsewhere, take-up of mobile broadband is higher than in many other member states.

In terms of digital public services, the index says demand among Irish internet users is one of the highest, with the country having improved in providing open data. However, it says filling in online forms could be made more user-friendly.

Overall, the EU has improved its digital performance by 3 percentage points compared to last year, but progress could be faster and the picture varies significantly across member states.

Despite some improvements, several member states including Poland, Croatia, Italy, Greece, Bulgaria and Romania, are seen to still be lagging behind in their digital development compared to the EU average.

1 Irish elearning company LearnUpon closes €47.4 million investment
2 Aldi to impose limits as Christmas toys go on sale
3 Ryanair and Eir the worst for customer service during Covid crisis
4 Fair deal? Family at odds with hospital and each other not so sure
5 Business owners: How will your business cope with Level 5?
Real news has value SUBSCRIBE