RebelCon tech conference to feature US, UK and Irish speakers 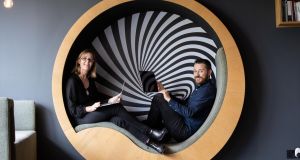 Cork is to play host to a two-day tech event that will see speakers from the tech industry address topics from software engineering and big data to culture and mental health in the tech sector.

RebelCon, which is now in its third year, will take place over two days at the Clayton Hotel Cork City, running on June 19th and 20th.

The software conference pitches itself as a grassroots event aimed at the tech community. It comprises two elements: a series of workshops on June 19th that will allow software engineers, testers, designers and product managers to discuss future trends and best-practice approaches; and a conference on June 20th, which includes speakers such as Sarah Wells from the Financial Times, David French from Google and Teamwork’s Peter Coppinger; and the workshops.

Speakers from Symantec, Johnson Controls, Instil, PhotoBox and CIT will also address the conference, covering the latest technology, culture and development practices in the industry.

“The focus of RebelCon has always been the software community, particularly developers, designers and testers, and this year we expect that this line-up of US, UK and Irish speakers will attract more than 300 attendees,” said RebelCon co-founder Damien Daly. “From culture to security, from Kubernetes to Kotlin, RebelCon aims to provide a world-class event for the tech sector in Ireland. ”

The event is hosted by Poppulo, and is supported by it@cork Skillnet, with sponsorship from technology companies including Teamwork and Dell EMC.

“Poppulo is delighted to support this event along with our industry peers, as we recognise the enormous value in bringing our home-grown talent together with national and international leaders in the sector at RebelCon,” said Poppulo chief executive Andrew O’Shaughnessy.

1 Brexit: System agreed for Irish goods to skip checks on UK trade
2 High Court appoints interim examiner to Compu b parent company
3 How much do Irish people earn? And what will Covid-19 do to our wages?
4 David McCullagh announced as co-host of RTÉ Six One News
5 Ireland faces 'deep downturn' this year and may not rebound until 2024 if there is a second wave
Real news has value SUBSCRIBE