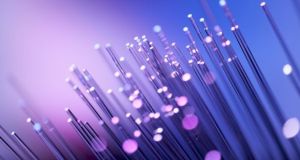 More than 338,000 homes and businesses in 45 towns can now connect to Siro’s network

Pure Telecom has signed a deal worth up to €10 million with BT Ireland to give it access to Siro’s nationwide high-speed broadband network.

The move allows Pure to expand its reach to other part of the country. The company, which has 60,000 customres, signed a similar €12 million agreement with Enet late last year.

More than 338,000 homes and businesses in 45 towns can now connect to Siro’s network. Siro is a joint venture of ESB and Vodafone that is investing €450 million in building a high-speed fibre-optic broadband network using the existing electricity network.

Siro is offered on an open-access basis with 11 companies currently offering connections to consumers and businesses via the network.

Pure said the new deal comes as it has experienced a 30 per cent increase in demand for broadband services since the outbreak of the Covid crisis.

“By partnering with BT, we will be one of the first providers to offer high-speed broadband to Irish towns and villages who previously didn’t have access,” said chief executive Paul Connell.