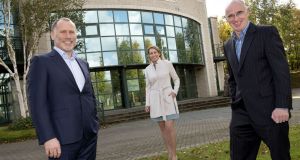 IT solutions company PlanNet21 has said it is eying other acquisitions after buying rival business eCom for an undisclosed sum.

PlanNet21 said revenues would exceed €50 million on the back of the deal and reiterated its intention to double turnover in the coming years.

Founded in 1998, the company is headquartered in Dublin with branch offices in Cork, Galway, Belfast and Edinburgh. The acquisition brings combined total headcount at the group to 140.

PlanNet21, which won the Deloitte best managed company award in 2018, and whose co-founder Denise Tormey is a former EY Entrepreneur of the Year finalist, has been involved in a number of acquisitions in recent years. These include buying the business assets of Scottish-based Hutchinson Networks last year and Irish company Agile Networks in 2017.

“The stated revenue target for the PlanNet21 group remains €100 million and future growth will be achieved primarily through acquisition rather than organic growth. We’re actively looking at several potential acquisitions in the UK market, which if successful, will take us closer to reaching those revenue goals,” chief executive Peter Carroll told The Irish Times.

“Quite apart from greater market penetration, this deal also gives us access to a team of high-calibre engineering staff and a wider portfolio of industry-proven services, particularly around cloud and managed security. Our customer bases are very complementary with little overlap and this positions us very favourably to achieve our ambitious growth forecasts into the future,” he added.

Blanchardstown-based eCom, which specialises in technology solutions that address the IT network, cybersecurity and managed service markets, was founded in 2000 by Sean Martin and Brendan O’Brien. It employs 40 people.

PlanNet 21 recorded turnover of €32 million for the 12 months ending September 30th with pretax profits of €5.5 million.

5 Irish economy grows by near record 11.1% in third quarter