Oracle wins bid for TikTok in US after Microsoft offer rejected 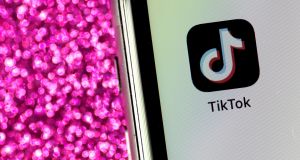 Oracle is the winning bidder for a deal with TikTok’s US operations. Photograph: Brent Lewin/Bloomberg

ByteDance has reached a preliminary “technical partnership” agreement with Oracle for TikTok’s US operations that does not include a full sale of the short video app, according to three people with knowledge of the matter.

As part of the deal, Oracle plans to address the national security concerns that the Trump administration has raised over the Chinese company’s ownership of TikTok, said one of the people.

The US technology group chaired by Larry Ellison, one of the few people in Silicon Valley who has publicly supported US president Donald Trump, is likely to own a minority stake in the US business.

Existing ByteDance investors are also expected to have a stake in the final deal, said one person with knowledge of the discussions, who added that the talks are continuing and could change. Any deal would require the support of the US and Chinese governments.

The developments follow a protracted bidding process that pitted Oracle against Microsoft, which announced in early August that it was discussing the purchase of TikTok’s operations in the US, Canada, Australia and New Zealand.

Microsoft said on Sunday its bid had been rejected, leaving Oracle as the only remaining suitor. “We are confident our proposal would have been good for TikTok’s users, while protecting national security interests,” Microsoft wrote in a blog post.

Walmart, the US retailer which was working with Microsoft on its bid, said it “continues to have an interest in a TikTok investment and continues discussions with ByteDance leadership and other interested parties”.

Oracle is best known as an enterprise software provider, its cloud computing business could benefit from gaining TikTok as a customer.

It was unclear whether Mr Trump would approve of a partnership arrangement such as the one ByteDance has discussed with Oracle. The president has called for a full sale of TikTok’s US operations to satisfy national security concerns.

The talks have also been complicated by Beijing’s imposition of export controls covering the algorithms that underpin services such as TikTok.

Zhang Yansheng of Renmin University in Beijing said it would be difficult to reach a deal agreeable to both governments. “The US is continually changing its position, but this deal will show us what their bottom line on security issues really is,” he said.

Alex Stamos, former chief security officer at Facebook, questioned if the proposed arrangement would satisfy US concerns. “A deal where Oracle takes over hosting without source code and significant operational changes would not address any of the legitimate concerns about TikTok, and the White House accepting such a deal would demonstrate that this exercise was pure grift,” he wrote on Twitter.

Mr Trump has threatened to ban TikTok as soon as Tuesday unless a deal is reached, though the executive order he signed set a legal deadline of September 20th for ByteDance to find a buyer. TikTok sued the Trump administration last month over the order, arguing it was politically motivated and ignored due process.

Oracle has had a more antagonistic relationship with China than Microsoft. The company fired more than half of its R&D team - about 900 staff - in the country last year, prompting protests from workers who blamed the move on Mr Ellison’s alleged dislike of China.

Oracle had been working with ByteDance investors including General Atlantic, the private equity group, and venture capital firm Sequoia Capital on its bid. Sequoia declined to comment. General Atlantic did not respond to a request for comment.

Asia-Pacific shares and futures linked to US tech stocks rose on Monday as reports of Oracle’s TikTok deal fuelled hopes of a resolution to a flashpoint in relations between Washington and Beijing.

1 House asking prices rebound but will likely fall again - MyHome
2 Will your boss let you work long-term from home – or from abroad?
3 Plans for €2bn Dart expansion lure Bombardier to Dublin
4 Google tells workers to return to country where they are employed
5 City firms move £1.2tn and 7,500 jobs out of London - EY
Real news has value SUBSCRIBE