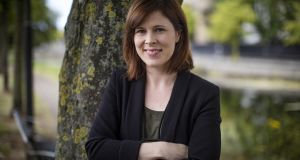 Being named by Forbes magazine as one of “the world’s top 50 women in tech” is recognition of just how far Irish start-up SoapBox Labs has come, its founder Patricia Scanlon has said.

Ms Scanlon was one of two Irish women named on the magazine’s prestigious list last week along with Jules Coleman, a serial entrepreneur who previously co-founded Hassle. com before setting up Resi, also included.

“It’s huge news for SoapBox Labs. We have a global market and are an outward facing brand and so being recognised by Forbes serves as an affirmation,” Ms Scanlon told The Irish Times.

The accolade comes at an opportune time for the company, which earlier this year released its application programming interface (API) for use by third parties developing voice-enabled games and devices for children.

It also coincides with a push to expand its presences overseas with plans to put more feet on the ground in North America and Asia, its biggest markets.

SoapBox Labs uses artificial intelligence and deep learning to develop cloud-based speech recognition solutions specifically for young children. The technology has been popularly dubbed as “Siri for kids”, although it is somewhat more complex than this might suggest as children’s speech behaviour differs greatly from adults.

“The majority of our clients are in the education space right now with the technology being used primarily in teaching early literacy and the English language. Smart toys is another popular use for our solutions,” said Ms Scanlon.

The company was founded by Ms Scanlon, a former researcher at Bell Labs with a PhD in digital signal processing in electrical engineering, in 2013. It employs 15 people.

SoapBox Labs is increasingly gaining traction globally, aided in part by the Massachusetts Institute of Technology (MIT) giving the technology its seal of approval. Ms Scanlon said the company’s focus on ensuring speech accuracy and the highest level of data privacy meant it has taken its time to go to market with its solutions.

“Our own research has shown SoapBox’s product is upwards of 10 per cent more accurate than any other solution on the market for young children and MIT’s robotics group has independently validated this,” said Ms Scanlon.

“We were working away quietly for a number of years because deep tech requires patience and thoughtful research. If you rush products such as ours to market, there is a strong chance you can get it wrong with solutions that don’t perform as well as they should. We’re striving to make sure we don’t come out with something mediocre,” she added.

The company has raised €4.7 million to date, including securing a €1.5 million Horizon 2020 grant.

Ms Scanlon said that as voice tech becomes increasingly popular, it is gaining from the fact that it is an independent company with third parties usually not wanting to choose solutions from the likes of Google or Amazon.

She said the plan for 2019 is to continue to scale into multiple languages, including Mandarin, as well as bringing out an offline product for smart toys.

“We’ve good support from investors and a healthily pipeline of clients. We already have the market lead on this and want to ramp this up significantly in the coming years,” said Ms Scanlon.