Datalex investors urged to vote against Desmond’s man on board 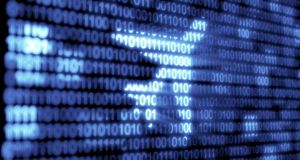 Datalex first warned of suspected accounting irregularities in January, sending its shares tumbling by almost 60 per cent in one day

An independent report carried out by PwC for Datalex’s board earlier this year confirmed that there was a weak internal control environment in the company, resulting in accounting irregularities that caused an overstatement of revenues and earnings in the first half of last year.

“As chair of the audit committee, John Bateson is considered to have a direct accountability over the company’s internal audit,” proxy advisory firm International Shareholder Services (ISS) said in a report in advance of Datalex’s September 17th agm.

“The company does not meet this provision,” it said, recommending that shareholders vote against the re-election of both directors at the meeting.

Datalex first warned of suspected accounting irregularities in January, sending its shares tumbling by almost 60 per cent in one day. The company was forced to resort to a €10 million equity-and-debt funding line from its main shareholder Dermot Desmond in March, pushing the stake of businessman’s IIU investment vehicle up to 29.9 per cent from 26.4.

Much of Datalex’s accounting issues relate to its booking of service revenue on a project to overhaul German airline Lufthansa’s digital commerce offering, which had gone way over budget and missed key deadlines.

Another leading proxy advisory firm Glass Lewis is also recommending shareholder vote against the re-election of Mr Bateson and Mr Lennon. It raised concerns about Mr Bateson being on the audit committee, as he is managing director of IIU.

“In our view, holders of more than 10 per cent of a company’s shares are not independent because their interests and financial needs may differ from those of other shareholders,” it said. “We believe shareholders are better off not having significant shareholders serve on the audit committee.”

Glass Lewis added: “Nominee Lennon, whom we consider to be affiliated on the basis of his tenure, serves as a member of both the audit and remuneration committees, each of which we believe should also consist solely of independent directors, in line with the UK Code [on Corporate Governance].”

A spokesman for Datalex declined to comment on the ISS and Glass Lewis reports.

Datalex’s shares have been suspended since the end of April, after it missed a regulatory deadline to publish its 2018 accounts. The results are due to be published imminently.