Airsorted to double properties under management this year 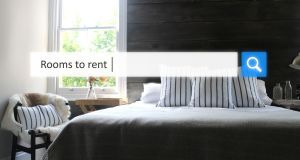 Airsorted manages and lists properties on websites like Airbnb and Booking.com. Photograph: iStock

Property technology company Airsorted intends to double the number of properties it manages by the end of this year in Dublin amid a rise in demand for short-term accommodation in the city.

The company, which manages short-term lettings on websites like Airbnb, Booking. com and Expedia, has 150 properties on its books at present and plans to expand that to 300 by the end of the year. That would also involve the company doubling its staff numbers to 14.

Airsorted manages properties both for part-time hosts and investors who let their properties all year round. Some 70 per cent of hosts are short term – people who live in their property themselves for the majority of the year.

The company client base includes people who spend a considerable amount of time away or, for example, teachers who travel during the summer months.

Speaking to The Irish Times, Rachael Moore, Dublin city manager at Airsorted, explained the company has already grown 38 per cent this year and can offer hosts about 80 per cent occupancy per year.

The company has grown organically to date but is now pursuing paid advertising strategies to expand its reach. It plans to have a presence in 38 cities by the end of 2019.

With 149 staff globally, Airsorted recently completed a £5 million (€5.69 million) Series A funding round with Pi Labs and Atami Capital among the backers. The company plans to use the funding to advance its growth from its current base of 16 cities.

Airsorted charges 15 per cent commission for its management of properties on behalf of owners. It offers additional services for a fee, including cleaning and property maintenance.

The company, which is already profitable in Dublin, first set up its Irish operation in 2016. The city is one of the company’s best-performing markets, with the average property owner client earning about €3,400 a month from bookings.

More recently, the company has launched in Paris, having already established a presence in Sydney, Auckland and Melbourne.

Since its establishment in 2015 in London by James Jenkins-Yates, the company’s chief executive, Airsorted has managed over €28.5 million in bookings.