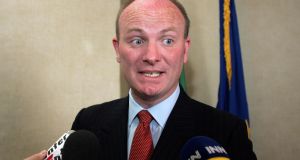 Declan Ganley: a Mexican court has declined to give the Galway man’s company an injunction in relation to the $7bn contract award. Photograph: Eric Luke

A division within the SCT, the Mexican government’s department of communications, has begun an internal inquiry into allegations of tendering corruption made by Galway businessman Declan Ganley’s Rivada Networks.

Rivada alleged late last year it was wrongly excluded from bidding for a contract to build a $7 billion wholesale mobile phone network, a project known as Red Compartida. The contract has been awarded to the only other bidder, a Mexican-US consortium known as Altan, which has denied any wrongdoing.

It has emerged this week that the internal control office of SCT has begun an examination of Rivada’s allegations within the last 10 days. Rivada said that it will be expected to submit evidence to this inquiry of its allegations that its rival benefitted from insider information from the SCT when it was preparing its bid.

Rivada insisted it would co-operate with the probe to “safeguard its rights “ following the alleged “illegal award” in November of Red Compartida to Altan, which is due to sign the final contract within two weeks.

Rivada’s corruption allegations have sparked an extraordinary round of claim and counterclaim by the company and also by SCT, and has already led to legal proceedings in Mexico and the US.

A specialist Mexican court has declined to give the Irish man’s company an injunction in relation to the contract award, but Rivada said this week the terms of the order mean SCT must preserve documents relating to the bidding process.

Last month, Rivada forced the deposition in the US of a Deloitte consultant to the SCT, Brett Haan, as part of its drive to uncover evidence of corruption for a lawsuit to force its way back into the tender. Under oath, Mr Haan alleged that SCT officials had asked him to rig the contract for Altan.

Mr Haan also testified that another US-based SCT contractor had told him that one of the bids – which Rivada says was Altan’s – was “essentially a photocopy” of an internal SCT document that was not supposed to be available to bidders. Rivada, which was disqualified from bidding at the 11th hour over a disputed $50 million bond, alleges the access to this secret document gave Altan an unfair advantage.

Monica Aspe, Mexico’s deputy minister for communications, has threatened to sue Mr Ganley for defamation in the US, although he says no proceedings have yet been issued. He previously alleged a hijacker in Mexico City attempted to steal Rivada’s bidding documents.

The SCT had not responded to a request for comment prior to publication.

1 Bank leaked my loan request to family who tried to rip me off
2 Boris Johnson's new immigration regime will damage much more than industry
3 Mastercard to create 1,200 new jobs by expanding base in Dublin
4 Varadkar resigns amid warning impasse will hit the economy
5 Billionaire Zara founder and German funds vie for prime Dublin offices
Real news has value SUBSCRIBE