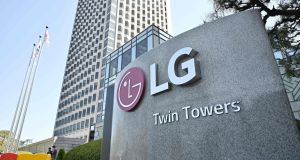 Fans of LG Electronics smartphones rued the loss of more affordable Android-based devices after the South Korean tech company said on Monday it would quit the business, with some praising LG for the innovation it brought to the industry.

LG smartphone users in South Korea and the United States posted nostalgic tributes on social media after the firm announced the exit, citing a prolonged sales slump. LG still holds a roughly 10 per cent share of the US smartphone market, according to researcher Counterpoint, though its slice of the global pie is just 2 per cent.

“Please release the Rollable phone before you die,” said one user on a 300,000 member-strong forum on Naver, South Korea’s largest online search portal, referring to LG’s latest expandable display concept that the company flaunted at the CES trade show in January.

Fans fondly noted some of the company’s more unique designs, such as a T-shaped dual screen, as well as features including a double-tap to turn a screen on and off.

“LG has some of the best audio hardware of any phone,” Kim Dong-woon, who has used six LG smartphones, told Reuters. “It’s a shame that LG is withdrawing.”

“LG were never perfect but in a world of boring slabs they delivered some of the most unique phone designs, ideas and features ever,” said YouTuber Austin Evans on Twitter.

LG, which had been making mobile phones for about a quarter of a century, ultimately fell behind rivals Apple and Samsung Electronics, in part due to lacklustre marketing and slow software updates.

For all the fandom, some criticised the phones, saying the shutdown was inevitable.

“The writing has been on the wall for a long time ... things didn’t improve,” said user cdegallo on Reddit. – Reuters