Jon Hauck will take over from David Broderick by November 1st 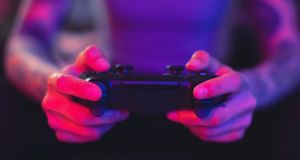 Keywords provides a raft of services to the video games industry. Photograph: iStock

Dublin-based Keywords studios has appointed a new chief financial officer after the incumbent announced his decision to leave the role for personal reasons.

Keywords, which provides a raft of services to the video games industry, has appointed Jon Hauck (46) to take over the role after David Broderick announced his decision to resign. Mr Broderick has agreed to remain in his current role and as a member of the board of directors to ensure “an orderly transition”.

Prior to this role, Mr Hauck held a number of executive positions within Rentokil since he joined in 2008, including chief financial officer of the company’s north America operations.

“We are looking forward to Jon joining the Group and taking his seat on the board of directors,” said Andrew Day, chief executive of Keywords.

“His experience at Rentokil Initial with its operations across 73 countries world-wide and its highly active M&A program will be extremely valuable to us as we continue to grow Keywords Studios both organically and by acquisition.”

Mr Day also thanked Mr Broderick for his “valuable contribution” to Keywords. “During his tenure, the Group has delivered 160 per cent growth in revenues, invested over €170 million in 25 acquisitions, grown from 23 to 52 facilities across four continents and seen headcount triple to in excess of 6,000 people globally.”