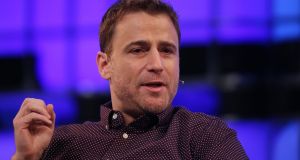 Slack is expected to be valued by investors at between $16 billion (€14.1 billion) and $17 billion (€15 billion) when it lists its shares publicly next week.

That valuation is roughly based on the workplace chat and collaboration software company’s projected revenue and current growth rate, according to informed sources.

The expected value is up from the $7.1 billion (€6.2 billion) in its last private funding round in August. It’s similar to the company’s share sales on the private market, where in April investors were snapping up stock at prices that would give the company a valuation of about $16 billion.

Slack is planning to have its shares start trading June 20th on the New York Stock Exchange under the ticker WORK.

Investors’ valuation expectations are based on some back-of-the-envelope calculations: Slack said on Monday that it expects at least $590 million (€521 million) in revenue in its 2020 fiscal year, which ends in January. That’s a growth rate of as much as 50 per cent compared with the previous year.

That suggests the company could bring in almost $900 million (€796 million) in fiscal year 2021, and investors are looking to value the company at roughly 20 times that projected revenue, the people said.

That’s even as the annual revenue growth rate has slowed from 110 per cent and 82 per cent in the 2018 and 2019 fiscal years, respectively, according to a regulatory filing.

Slack said in its filings with the US securities and exchange commission that it can’t guarantee that its plans to increase revenue and cut operating losses will ever allow it to become profitable.

Unlike a surge of tech companies that have gone public this year in traditional initial public offerings, Slack is going public through an unusual direct listing. The company won’t issue new shares to raise funds for itself. Rather, its investors will be allowed to begin selling existing shares immediately.

Goldman Sachs, Morgan Stanley and Allen and Co are advising Slack on the listing. – Reuters