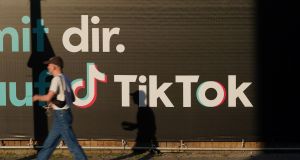 TikTok welcomed the US court ruling and said it would continue its “dialogue with the government to turn our proposal, which the president gave his preliminary approval to last weekend, into an agreement”.

A federal judge has blocked the Trump administration from forcing Apple and Google to remove TikTok from their US app stores just hours before the companies would have been required to implement the ban.

Judge Carl Nichols ruled in favour of TikTok on Sunday evening, after the company had argued the Trump administration was infringing on free speech and acting in a capricious manner to harm the short-video app.

The US commerce department had ordered TikTok to be removed last Sunday. But it extended the deadline after President Donald Trump gave preliminary approval for a deal that would involve ByteDance, the Chinese owner of TikTok, selling a minority ownership stake to US companies Oracle and Walmart.

ByteDance was forced to create the structure after Washington raised concerns that Chinese ownership of TikTok could make it easier for Beijing to spy on US citizens by forcing the company to hand over data on its users.

ByteDance and the US companies have until November 12 to finalise a deal under an executive order Mr Trump issued in August.

TikTok welcomed the ruling and said it would continue its “dialogue with the government to turn our proposal, which the president gave his preliminary approval to last weekend, into an agreement”.

The commerce department said it would comply with the injunction, but stressed that it would “vigorously defend” the executive order that had paved the way for the effort to block TikTok from the Apple and Google app stores.

The temporary injunction means TikTok can continue to operate with no restrictions at least until the case is heard by a full court.

The ruling came one week after a judge in California issued a separate injunction that prevented the Trump administration from implementing a similar ban against WeChat, the Chinese social media app.

TikTok’s lawyers had argued that banning the app now was senseless since the companies were in discussions with the US government to address its national security concerns.

“How does it make sense to impose this app store ban tonight when there are negotiations under way that might make it unnecessary?” said John Hall, a lawyer at Covington and Burling.

“This is just a blunt way to whack the company now while doing nothing to achieve the stated objective of the purpose.”

Video: Why TikTok and WeChat are the new front line in the US-China tech war

But the government responded that TikTok posed an “immediate national security threat” that had to be addressed, even as ByteDance continued negotiations.

“It is a risk today and deserves to be addressed today even while other things are being played out,” Daniel Schwei, a US justice department lawyer, told the district court in Washington DC.

The battle over TikTok is the latest salvo in an escalating tech war that Washington has launched with China. The commerce department last week took aim at Semiconductor Manufacturing International Corporation, telling companies that export to China’s biggest chipmaker of an unacceptable risk that technology would be diverted to “military end use”.

Chinese ministries and state media have implied that Beijing would retaliate if Mr Trump carried out his threats against Tik Tok or WeChat. China’s commerce ministry recently finalised long-promised regulations that would allow it to sanction “unreliable” foreign companies, but it has not yet used that power.

After threatening to ban TikTok in August, Mr Trump later changed tack, saying he would allow the app to operate in the US so long as ByteDance sold it to an American company.

Although the president gave his preliminary blessing to the deal last week, he has raised concerns about the structure of the agreement.

Under the proposal, Oracle and Walmart would take a 20 per cent stake in a new US-based company that would operate TikTok worldwide and would at some point be listed on a US stock exchange.

The companies have also sowed confusion with conflicting statements. Oracle said ByteDance would have “no ownership” in TikTok Global but the Chinese company said it would hold an 80 per cent stake.

The Committee on Foreign Investment in the US, an inter-agency panel that can block deals on security grounds, is evaluating the proposal.

The deal is also subject to scrutiny in China because of a new export control law introduced by Beijing. ByteDance earlier this week applied to the Chinese government for a licence to export the technology that powers TikTok, including the critical algorithm that determines what videos appear when someone is using the app. The new law gives China the power to block technology transfers and could also end up scuppering the deal.