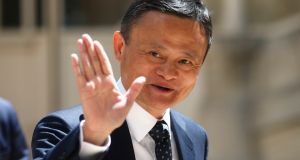 Alibaba, China’s most valuable public tech company, will mark its 20th birthday on Tuesday with a rite of succession: its founder Jack Ma will retire as executive chairman and hand the reins to chief executive Daniel Zhang.

It is the first transition at the top of a big Chinese tech company – peers Tencent and Baidu are still run by their founders Pony Ma and Robin Li – and in many ways the toughest to pull off.

The 55-year-old Mr Ma, China’s richest man, is a charismatic leader who built Alibaba from a shared apartment into a company worth $462 billion. His successor is a low-key former accountant.

But Alibaba’s investors are unfazed. The company’s share price has risen 9.4 per cent in the year since he announced he would retire and Alibaba is woven into the fabric of daily life for hundreds of millions of Chinese as means of buying and selling goods, making payments and as a source of entertainment.

The company runs like a machine, say its supporters, blending the idealism and blue-sky thinking of Mr Ma with his successor’s pragmatic, bottom-line approach.

Besides, as a life-long member of the partnership that controls Alibaba, Mr Ma will remain in the wings.

“Jack has left a very deep imprint across every square inch of Alibaba,” said Alan Hellawell, a partner at Jakarta-based Alpha JWC Ventures, who followed the company as an analyst from its early days.

The succession has been carefully planned and Alibaba often talks about its deep talent pool. But Mr Ma also leaves his successor some lofty targets: by 2036 the Alibaba “economy” will create 100 million jobs, support 10 million profitable businesses and serve 2 billion customers around the world by 2036, up from around 654 million currently.

Nearer term, it is targeting $1 trillion in gross merchandise value, the value of the goods sold on its platforms, this year, up from $853 billion last year. – Copyright The Financial Times Limited 2019