Is fibre too costly for Ireland’s broadband woes? 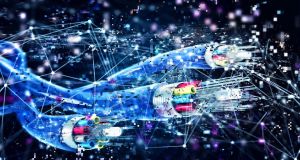 “Fixed broadband may have been Plan A for the government in 2015 when the rural broadband project was launched, but time and technology have moved on, and mobile broadband has caught up”

The Government’s plan to subsidise the roll out of broadband in rural areas – so long in the planning and now so mired in controversy – has failed. The sooner the Government grasp this the sooner the strategy can be rescued.

The procurement process, apart from ending Denis Naughten’s ministerial career, has been shunned by most of the telecommunications industry here. The ESB-Vodafone joint venture Siro departed last year, while Eir left in January, both suggesting there was no longer a business case for their continued involvement. More recently SSE and John Laing, heavyweights of the UK telecoms industry, exited.

This has resulted in a one-horse race led by US investment firm Granahan McCourt, supported by a wavering cast of sub-contractors, with the Government over a barrel on price. The cost of the scheme has ballooned to over €3 billion from an original estimate of €1 billion.

The reasons for all of this are more complex than mere Government incompetence. Building telecommunications infrastructures where commercial investors don’t want to go – selecting the right funding model, the right ownership model and the right technology mix – is proving a headache for governments in many countries, principally because the technology and the demand it spawns keeps evolving.

The UK recently gave up on a plan to equip all rural homes with fibre broadband on cost grounds, while Germany’s plan to use so-called “vectoring technology” to revamp the existing copper infrastructure has also run into problems.

There was a time when telecommunications was just one company, running a single infrastructure, but this has long gone. Now there are multiple technologies and several overlapping infrastructures.

Turning back at this stage is an ugly prospect for the Government, but putting “optics ahead of fibre optics”, Naughten’s parting shot at Taoiseach Leo Varadkar, and proceeding with a bad plan could be injurious to a State that desperately wants to sell itself internationally as tech hub and to the 542,000 homes and businesses left waiting for connection.

Although newly installed Minister for Communications Richard Bruton says there is “no question of a plan B”, senior officials are understood to be discussing the possibility of an alternative approach. What this might entail is unclear, but some have hinted it may involve an existing State utility company, such as the ESB, being asked to build out the network.

Jettisoning the public-private partnership model in favour of a traditional State project would square one circle, namely the industry’s apparent disinclination to get involved. But is criss-crossing the countryside – a tangled mess of one-off housing – with fibre-optic cable the best option for the State?

Nowhere in the original tender document for the National Broadband Plan does it stipulate the technology to be deployed. It only insists that the scheme must deliver minimum broadband speeds of 30 megabits per second (mbps) to each home or business in the intervention area.

That said, successive Ministers have talked exclusively in terms of fibre. The original three shortlisted firms in the tender process were all fibre providers. Irish telecoms firm Imagine, which proposed a wireless solution, never made it past the first stage of procurement, and has always maintained its failure was down to the Government’s obsession with fibre.

While officials await auditor Peter Smyth’s verdict on whether the current tender has been contaminated by Naughten’s ill-advised meetings with the lead bidder David McCourt, Eir announced this week that it plans to invest €150 million in upgrading its mobile network. The investment will see 4G voice and data coverage extended to more than 99 per cent of the Republic’s land mass.

The investment will also see the roll-out of fifth generation or 5G services in 2019, leading to much higher data speeds in main cities.

Writing in The Irish Times this week, Liam Young, the former boss of directory services company Conduit and currently the chief executive of seafood firm Errigal Bay, suggested the mobile network and 5G may be key to resolving the State’s broadband woes.

It “eliminates the need to award a licence to a fixed-line broadband player at all, and is likely to offer both the fastest roll out and least expensive solution for Irish rural broadband users, telecoms operators and the Irish taxpayer”, he says.

“It’s not that long ago when the fixed telephone line was the centrepiece of any Irish home’s communications capability. Now almost everyone has a mobile phone, and the use of fixed-line phones is on the decline. Fixed broadband is going the same way, with cheaper, faster and more convenient services being made available over mobile networks.”

For Young, the delay in rolling out the National Broadband Plan may be a blessing in disguise. 5G mobile broadband speeds will soon be delivered to homes in Ireland more cheaply, faster and in a more environmentally- friendly way than fixed broadband.

“Fixed broadband may have been Plan A for the government in 2015 when the rural broadband project was launched, but time and technology have moved on, and mobile broadband has caught up.”

Ironically, the emphasis on fibre in the current process arose from a fear that other technologies would soon be obsolete, a feature of previous broadband initiatives.

One of the fault lines in the current process, and perhaps the reason for the industry’s reluctance to stay the course, is the low take-up rates facing the likely operator of the new infrastructure.

Despite the clamour for better broadband just one in seven homes in rural Ireland so far offered high-speed broadband by Eir under a separate project have taken it up, raising concerns about the viability of the Government’s own plan.

The capital costs of rolling out fibre are extremely high with these low take-up rates, a senior industry source says.

“The problem with the National Broadband Plan is that it is designed to be available to everybody within the intervention area within two weeks and that means a massive overbuild of infrastructure. You’re building out to people who may not want it.

“Even if you get a 20-30 per cent penetration on fibre, your payback on capital is 10 years plus.”

He points to Google Fibre, the internet giant’s broadband arm, which in 2010 announced ambitious plans to roll fibre technology out to five million homes in the US, but has since abandoned the original plan in favour of a wireless solution.

It is just one of several major technology companies – Verizon and AT&T in the US, Softbank in Japan, and the National Broadband Network in Australia – that are switching to the latest 4G and 5G fixed wireless technologies as a faster and more cost-effective way to deliver high-speed internet to homes and businesses.

While he agrees with Young that wireless technology is key to unlocking the current impasse, in his view it has to be 5G fixed rather than mobile to ensure connections are consistent and reliable.

“The high capacity of 5G removes the need to bring fibre to every home. The National Broadband Plan was blindsided from the start. Fibre isn’t future-proofing anything. It’s an overspend. It’s an overkill.”

The original strategy was to break the NBP contract into two parts, one to build a fibre backhaul infrastructure into the countryside and a second to operate access to the network.

“So you get fibre into the regions, into towns, out to hospitals and out to masts, and then you look at access on an individual basis so you could use fibre-to-the-home or wireless depending on the circumstances,” he says. “But they decided to do one contract for the whole lot, and that was a major mistake. You don’t build motorways into people’s homes.”

On Thursday, one of the main firms behind the telecoms infrastructure here, Cignal, announced a new €25 million investment programme which will see the construction of 300 300 new towers across the State.

The company says the new towers will significantly improve the availability of high-speed wireless broadband as well as mobile coverage in blackspots.

To be fair to the original strategy, it was always implicit that a portion of the most remote households in the intervention area would be serviced by some sort of wireless technology. Eir’s chief executive Carolan Lennon said recently the number of homes falling into this category could be as high as 70,000 – more than 15 per cent of the total. This is much higher than previously estimated.

At the outset the Government chose a gap-funding model where the winning NBP bidder would retain ownership of the new network.

This was done on foot of a KPMG report, which suggested that placing the long-term ownership of the network with the private sector “allows private sector bidders to leverage the use of their existing infrastructure and encourages them to continue to invest in the network”.

The report asserted that such a model would lead bidders to place a high “strategic value” on securing the contract, which would trigger a more competitive process, potentially driving down the size of the State subsidy required.

Almost the exact opposite has happened.

Bidders have baulked and exited the process while the likely cost to the taxpayer has ballooned. Surely this demands a rethink?