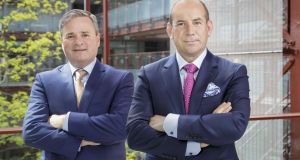 Telecoms infrastructure firm Cignal said it planned to invest €25 million over the next two years to help tackle coverage blackspots around the country.

The company, which has a portfolio of more than 450 towers that support mobile, fixed wireless broadband communications and broadcast services, said it would build a further 300 towers to increase the availability of wireless broadband in rural areas and address mobile blackspots. The company bought 300 telco towers from Coillte in 2015 and added a further 150 through acquisitions and organic expansion since then, investing €15 million.

Cignal will lease space on the new towers back to mobile operators and wireless broadband service providers. The 300 locations have already been decided, based on where operators are looking to improve or expand coverage.

Cignal chairman Donal O’Shaughnessy said the investment programme was the backbone that allowed operators to provide high-speed broadband to thousands of households, schools and businesses currently unable to access the services.

The news comes amid uncertainty about the future of the National Broadband Plan. First announced in 2012, the scheme had targeted 2020 as the date for connecting most homes to high-speed services; however, two of the three shortlisted bidders – Eir and Siro – withdrew from the process, leaving only a consortium led by Enet. That consortium is now led by Granahan McCourt and includes Nokia, Actavo, the Kelly Group, the KN Group and Enet.

Although Cignal said it had not specifically factored in the National Broadband Plan to its decision on locations, some rural areas may be able to access fixed wireless broadband as a result. Among the locations identified for the new towers are Erill, Co Laois; Brittas, Co Tipperary; and Tullamore, Co Offaly.

The Cignal investment will also satisfy some of the objectives of the Mobile Phone and Broadband Taskforce, established by the Government in 2016 to deal with the lack of services of certain parts of the country and tackle barriers to infrastructure rollout.

“This infrastructure provides the platform from which operators can deliver high-speed broadband and mobile services to their consumers,” said Cignal’s chief executive Colin Cunningham. “Through our strategy of hosting equipment for multiple operators on each tower they can provide a much more cost-efficient service.”

The news was welcomed by Minister of State for Natural Resources, Community Affairs and Digital Development Seán Canney.

“The construction of 300 new towers represents a significant investment in network infrastructure, which will assist in addressing mobile phone coverage blackspots and the availability of wireless broadband across rural Ireland, ” he said.

“The investment by industry of €2.75 billion over the last five years in upgrading networks and services and the new investment of €25 million by Cignal in tower infrastructure will further contribute to the elimination of blackspots, widen the availability of 5G wireless broadband technology, and marks a step closer to the delivery of reliable, high-quality services to every corner of the country.”