Is Facebook’s fake news our own fault? 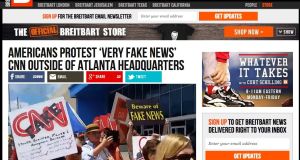 Facebook users like to read and share stories that confirm their own beliefs even if these stories contain false claims, and they tend to ignore dissenting information.

The spread of fake news or misinformation across Facebook is driven largely by human bias, suggests research from the University of Venice and the IMT School for Advanced Studies in Italy whose analysis of five years’ worth of Facebook data suggests that users tend to gravitate towards polarised communities sharing their beliefs.

In addition to creating these echo chambers, Facebook users also like to read and share stories that confirm their own beliefs even if these stories contain false claims, and they tend to ignore dissenting information – all the while reinforcing their own worldview while contributing to Facebook’s polarisation. This conformation bias, say the study authors, “dominates viral processes of information diffusion” and the bigger the echo chamber, the bigger the ripple of misinformation arising from it.

Interestingly, the study also found that those who were already interacting with alternative news sources (eg Breitbart) were more likely to share obviously satirical news stories to fit their narrative as they would credible information.