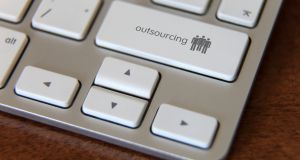 IT Alliance said it had seen strong growth in outsourcing, Microsoft cloud solutions and support services

Irish outsourcing and managed services firm IT Alliance has reported record revenues of €36 million for 2016, up 7 per cent on the prior year.

The company also increased employee numbers across its operations in Ireland and Britain by 80 to 550 as it announced two new appointments to its senior management team.

IT Alliance said it had seen strong growth in a number of areas including outsourcing, Microsoft cloud solutions, support services and interim IT resourcing solutions.

Founded in 1997 by chief executive Philip Maguire, the company said it sees major potential in the UK and Irish technology markets as a result of Brexit.

Former software client leader at IBM, Matt Leighton has also been appointed to a new position as UK sales director.