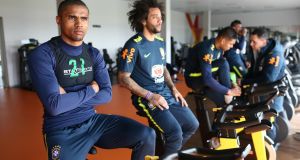 Irish sports tech firm Statsports has scored again with a contract to supply its monitoring devices to one of the world’s greatest footballing nations, Brazil. The move comes just weeks after the firm won a £1 billion deal with the US Soccer Federation.

The new deal, which sees the Newry-headquartered company providing its Apex Team Series GPS device to the Brazil team ahead of the World Cup in Russia, comes after Statsports persuaded the Brazilian Football Confederation (Confederação Brasileira de Futebol) to switch providers from Australian rival Catapult Sport.

Catapult, which supplies technology to more than 1,500 of the world’s elite sports teams across 35 sports in 60 countries, including Chelsea and Bayern Munich, is considered one of the world’s leading performance analytics firms with revenues of 61.89 million Australian dollars (€42.5 million) last year. It acquired Dundalk-based PlayerTek for a reported €2.4 million in July 2016.

“This agreement with the Brazilian Football Confederation is huge for StatSports,” said co-founder Sean O’Connor. “Brazil are an iconic brand in world football, with a rich history of success.

“For CBF [Brazilian Football Confederation] to swap performance monitoring provider at this stage in the build-up to a World Cup is a huge decision and illustrates the excellence of the Apex system which is used by dozens of international football’s leading nations.”

Statsports, which was founded by Mr O’Connor and Alan Clarke in 2007, last month secured a five-year contract valued at £1 billion (€1.14 billion) with the US Soccer Federation in a deal that will see millions of American players using its monitoring devices to aid performance on the pitch.

The company already supplies its technology to a number of leading European soccer clubs including Arsenal, Manchester City, Manchester United, Barcelona and Juventus.

In addition, its monitoring devices are used by the Irish Rugby Football Federation (IRFU) and all four Irish rugby provinces, as well as teams playing across GAA, American football, hockey and basketball.

Overall, Statsports has 500 clients across elite teams in a number of sports.

The Apex device is worn in a vest and positioned between the shoulder blades during training and matches. It measures and analyses physical attributes of players and can provide feedback on metrics such as distance and speed, as well as levels of fatigue and injury risk.

“We want to make sure we leave no stone unturned when it comes to our preparation for this summer’s World Cup and beyond,” said Guilherme Passos, physiologist at the Brazilian Football Confederation. “A key part of this preparation is the technology we use to monitor the load we are placing on our players during sessions.

“Having thoroughly assessed all available products on the market, it quickly became apparent that Statsports were the only provider who could match the ambitions of the confederation.”

Brazil won’t be the only team appearing at this summer’s World Cup which will be using Statsports’ technology. Other nations competing who will hope to gain an edge by using the Apex devices include world champions Germany and European champions Portugal, as well as Belgium, England, Poland, Denmark and Morocco.