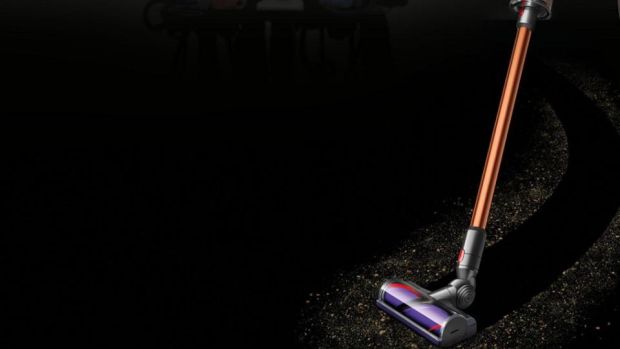 When Dyson began developing its handheld cleaners, there were few who thought they could ever really replace a full-size vacuum. But it’s 2018 and it turns out that there is at least one person who believes the traditional vacuum has had its day – James Dyson.

At the launch of the the Cyclone V10, the British inventor said the company would no longer put money into the development of its traditional vacuum cleaners, opting to go all in on the cordless variety.

It’s a bold move to make, but it’s a calculated risk. If you’ve been using a cordless cleaner – and I have for a few years now – you might find your full-size vacuum cleaner has been getting less and less use. The latest version of Dyson’s digital motor that is included in the Cyclone V10 is unsurprisingly its most powerful yet. The V10 motor works at 125,000 rpm, which is faster than a jet engine or a formula one car, just so you know. Add to that some changes to cleaning time – over 60 minutes – and a bigger bin capacity and you may find your full-size cleaner goes from “under used” to “gathering dust”.

The basic premise of the cleaner is the same: battery operated, weight balanced and enough tools included that it will tackle all the regular tasks you ask of your vacuum.

The new Cyclone looks a little different to its cordless predecessors. Dyson has spun the bin’s opening 90 degrees, so now you can “point and shoot” the crud your carpet has yielded directly into the bin. It makes the cleaner longer, and it also means if you are upgrading from an older version you’ll need to swap out the wall mount. The bin size has been increased to .76 litres, too, so you can fit more in there.

The Absolute version of the cleaner comes with the usual multipurpose, dusting and crevice tools, but also a direct drive head that can be used on carpets or hard floors, the soft “Fluffy” tool that works well with hard floors, and a mini motorised head that you also get with the Animal version.

One of the most useful additions to the Dyson cordless range is the battery indicator on the handle. One of the key features of the cordless machine is that it doesn’t lose power; unfortunately, this means it goes from working at full strength to dead, with no warning. The battery indicator strips out the guessing.

If you are using the cleaner in normal mode with one of the passive cleaning tools – ie not the motorhead tool – the cleaner should last more than 60 minutes. That’s enough to do the average home once over, and it’s far longer than I want to spend vacuuming in one sitting, thanks very much.

Once you start ramping up the power – there are three settings on the cleaner, instead of normal and max that was a feature of previous Dyson devices – you sacrifice a bit of run time. Ramp it up to full max power and add on the motor driven tools, and you’ll get quite a bit less than that. On the other hand, you’ll suck up more dirt, more quickly.

The good news though? It takes less time to charge the new Cyclone than it did to charge the V8, at 3½ hours instead of five. So you’ll be ready to go sooner than you think.

Compared with the full-size vacuum, the V10 certainly seemed to suck up just as much dirt and dust, both on hard floors and carpets. There was a satisfying – or nausea inducing, whichever really – amount of dust, fluff and general crud collected in the bin after each cleaning session.

The increased run time and the addition of the battery indicator are both improvements that make the V10 much easier to use. The Absolute version includes enough tools to cover almost all cleaning eventualities. The bin is also easier to empty too, and there’s less chance of getting dirt all over the floor while you’re trying to aim for the bin bag.

That increased run time comes with conditions – using it on suction level one, without motorised tools attached – so that will decrease if you prefer to run on max power. There’s always the price to consider too, with the Dyson devices starting from €450 for the V10 Pet version.

There are three different versions of the Cyclone V10: the V10 Animal, at €450; the Absolute, which was reviewed here and includes the soft roller cleaner tool, at €500; and the Total Clean, which includes an extra extension hose, a mattress tool and an adapter for cleaning the top of cupboards etc, for €550. They all clean the same though, so it’s a matter of what fits your needs – and budget.

Pandemic has accelerated a working from home trend already apparent

Prices are on the rise again - how worried should we be?

Inside Business with Ciaran Hancock - How realistic are the post-Covid spending plans? / Northern Ireland trade 46:46

Tech Tools: Product will be released on July 15th at Ikea

2 US rectifies ‘do not travel’ virus warning for Ireland

3 State needs to build ‘over 200,000 homes’ over three years to solve housing crisis